12 Things One Must Know About Cauvery Calling

The main idea underpinning the Cauvery Calling movement is to enable farmers to adopt tree-based agriculture – a simple, scalable, replicable and a powerful farming practice. Its impact on restoring soil, water and economic conditions of impoverished farmers is nothing short of miraculous.

Cauvery Calling is a game changer for the following key reasons: 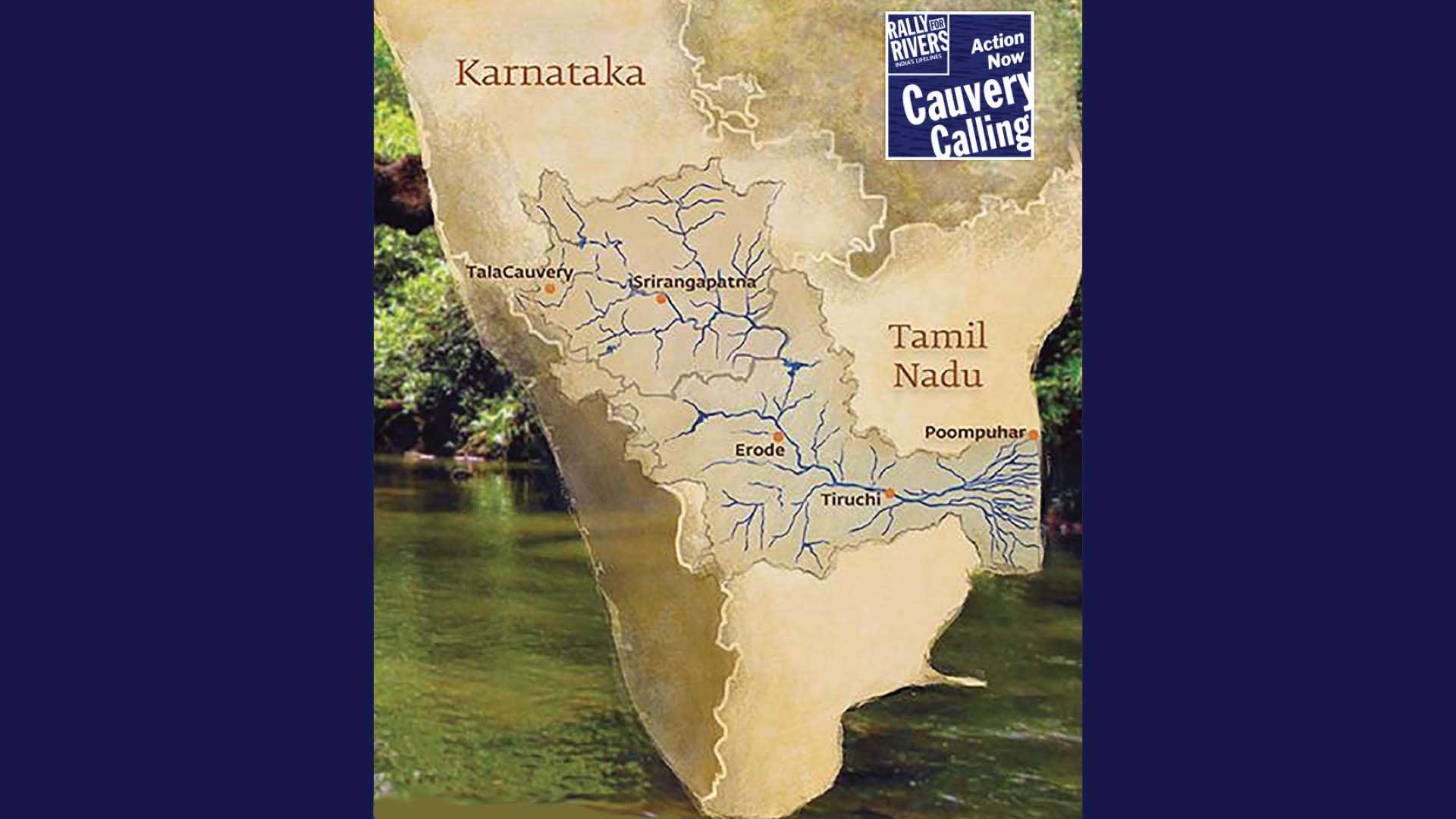 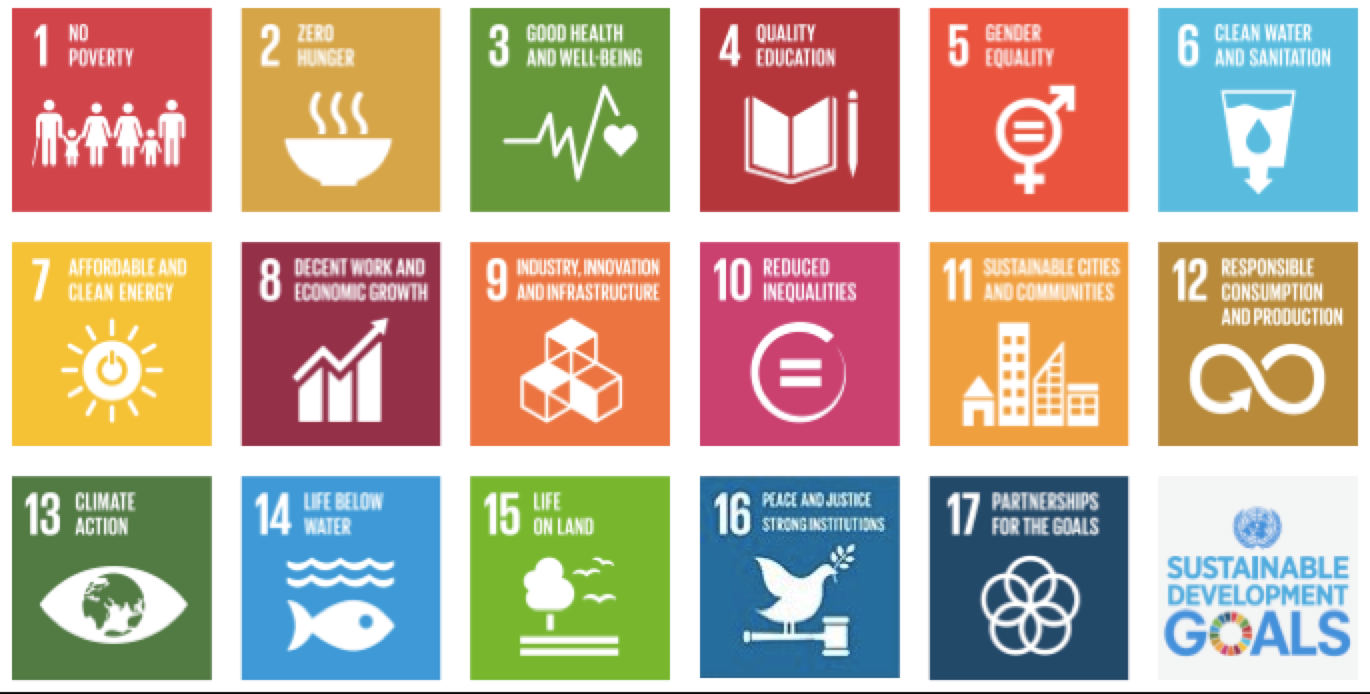 #3. The movement’s ability to achieve its ambitious, long-term goals is supported by two game-changing components: 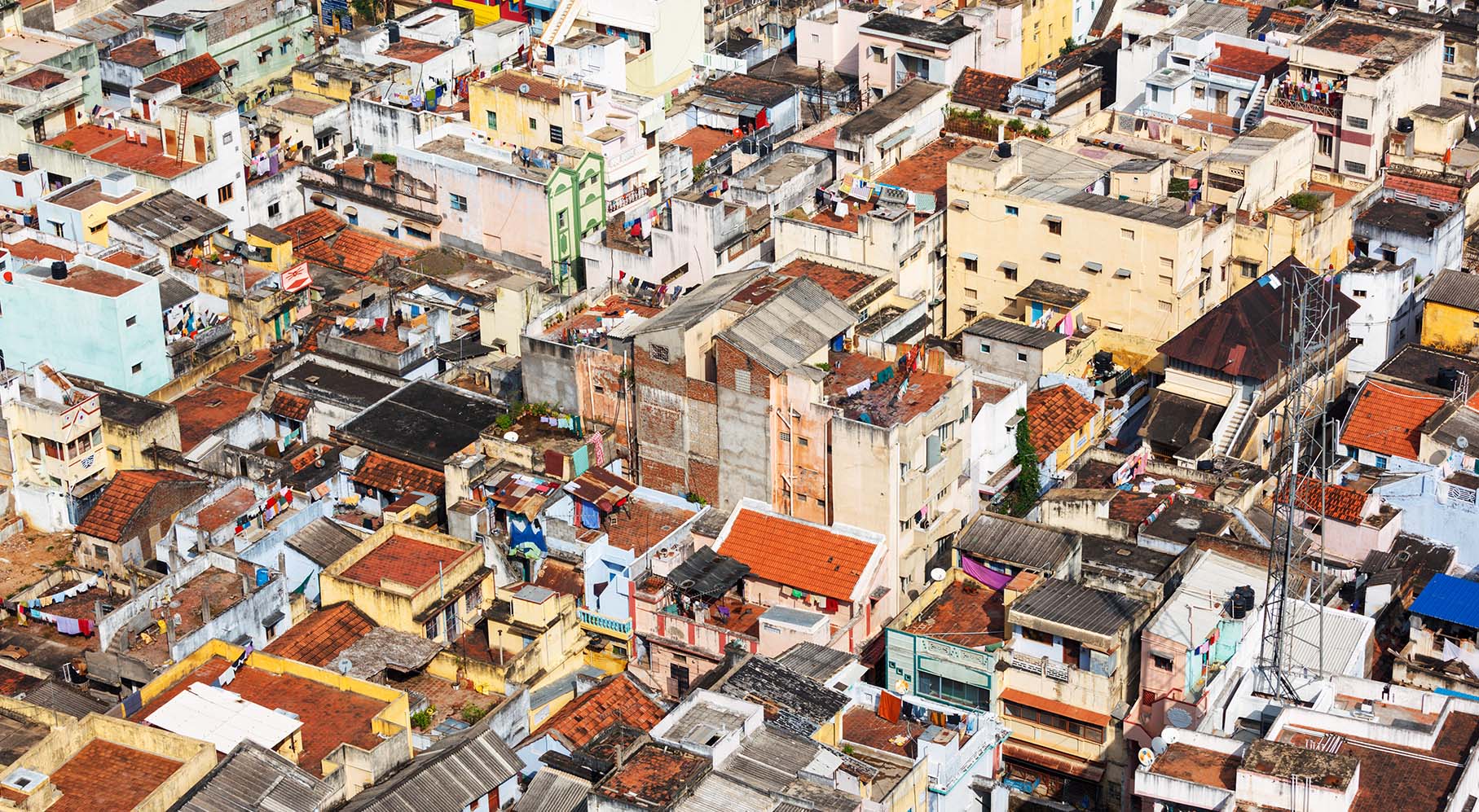 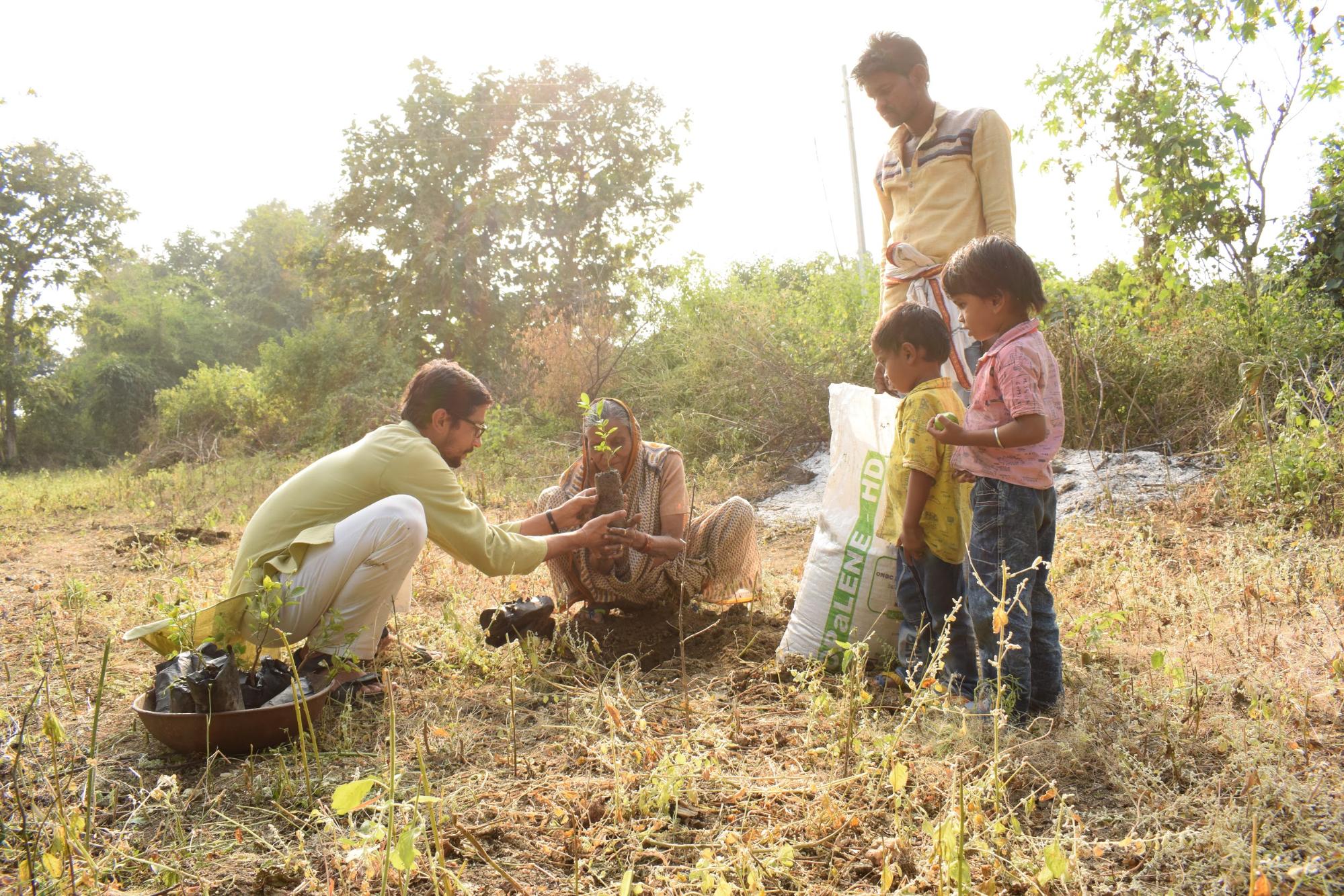 The Cauvery Calling approach has been painstakingly developed and refined on the ground for more than two decades starting from 1998. The initial decade was spent iterating the model, developing the capabilities, creating the people linkages, and generating favorable word of mouth through widespread, on-the-ground farmer success stories. With that in place, the last three years have been devoted to scaling up the program to its full potential.

In recognition of this ground-breaking movement, the organization was awarded India’s highest environmental award, the Indira Gandhi Paryavaran Puraskar, instituted by the Ministry of Environment and Forests, Government of India in 2010.

#5. All-inclusive people’s movement with unprecedented support of the masses This comprehensive and all-inclusive people’s movement was shaped in 2017, on the back of a national-level, public campaign that elicited the support of an unprecedented 162 million people. It was followed by another rally in 2019 to mobilize farmers and urban supporters.

This movement encompasses farmers, civil societies, unions, relevant state governments and NGOs. All of this is underpinned by 23 years of concerted on-the-ground work. The project has a 2-million-strong volunteer base of dedicated individuals, who are inspired to participate in Sadhguru’s vision and contribute to something far bigger than themselves.

Given the large scale and long-term nature of the project, as well as the related techno-commercial complexities, the project has a clear framework for monitoring and evaluation across all levels of implementation. The entire project is guided by an eminent Advisory Board, which includes illustrious members and specialists from India’s administrative, judicial, business and ecological spheres. The board provides strategic oversight and governance on all key aspects of the Cauvery Calling project. The board members are:

The board is assisted by a Cauvery Calling Panel of highly influential people who are involved in enabling function and execution of the project. 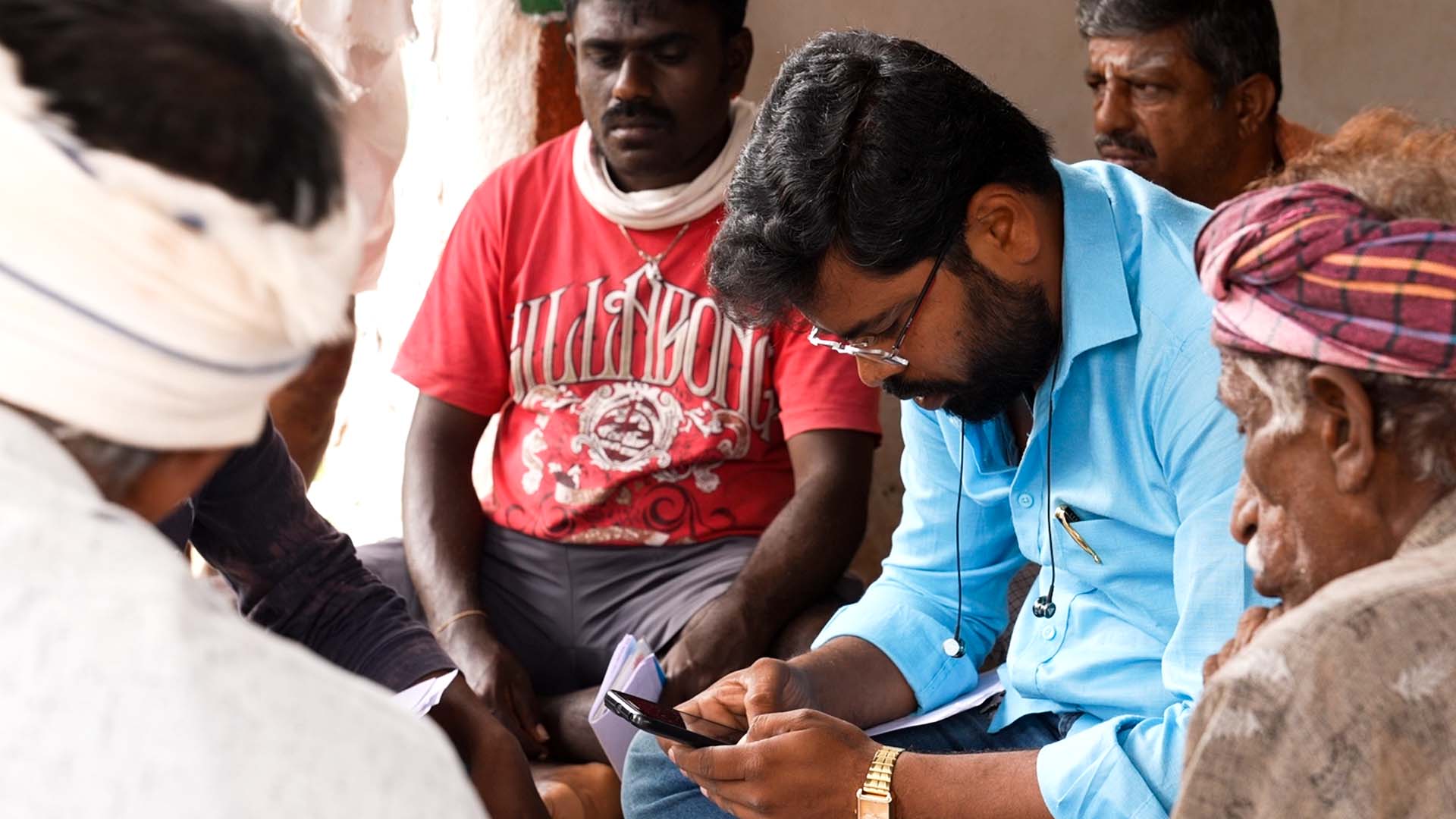 In 2021, 890 rural youth known as “Mara Mitras” (Friends of Trees) were engaged to take the movement to every village in Karnataka’s Cauvery basin covering 1,785 Gram Panchayats (Village Council). Their role is to record on-the-ground sapling demand to guide government’s on sapling production and subsequent support to farmers at every step, from government program enrollment, sapling uptake, plantation and post-plantation care, and survival surveys for incentive disbursement by the government.

In addition, the Cauvery Calling nurseries employ over 300 rural women who take care of various aspects of its operations. 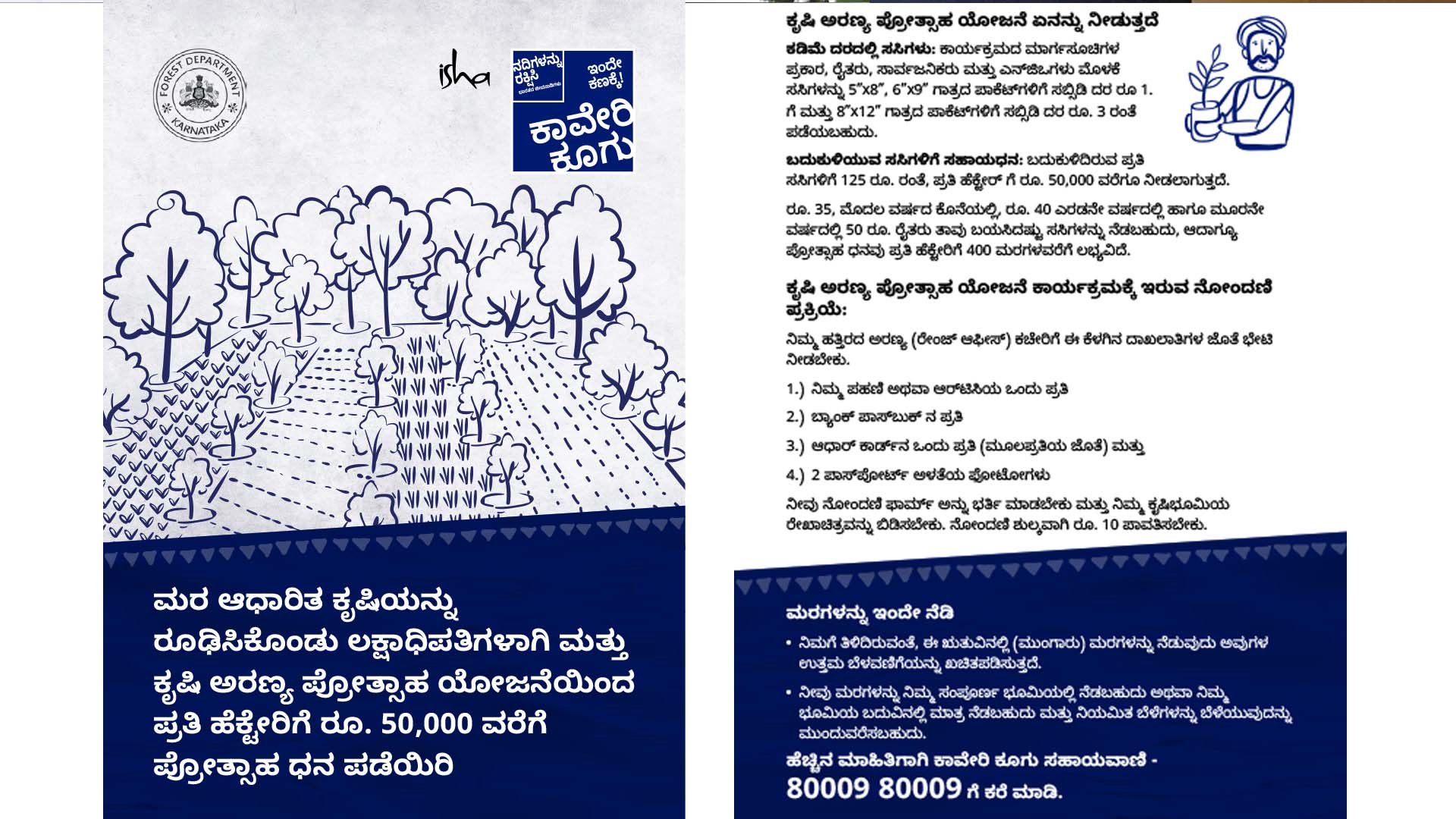 Cauvery Calling is bridging the gap between the policy makers’ desks and actual life transformation for those who need it most. The movement makes sure to create necessary awareness and handholding support at the grassroots level as well as catalyze government efforts to enable existing funding and machinery to impact and transform lives. In two years, volunteers mobilized nearly 25,000 farmers to plant 11 million saplings under the Krishi Aranya Protsaye Yojne (KAPY) scheme run by the Karnataka government to promote agroforestry. The government raised those saplings and provided financial incentives to the farmers. 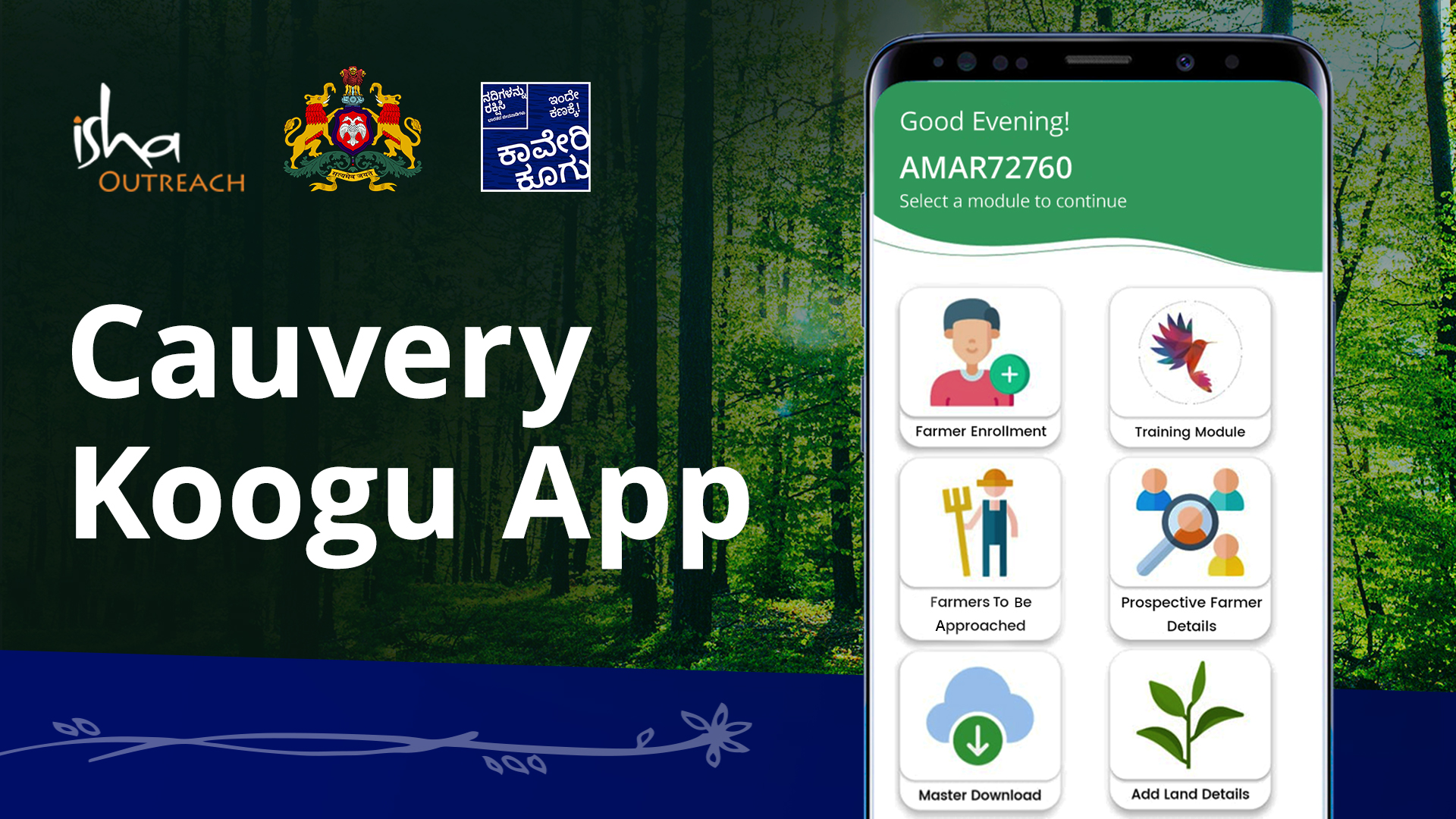 Cauvery Calling launched a state-of-the-art mobile app to educate farmers about government schemes with the help of the Mara Mitras and register their demand at their door steps. This app also includes a monitoring system to generate geotagged photos of trees planted. Mara Mitras, using this app, registered a demand of 20 million saplings under government schemes alone for 2022.

#10. The Largest Network of Organically Produced Saplings in the Country 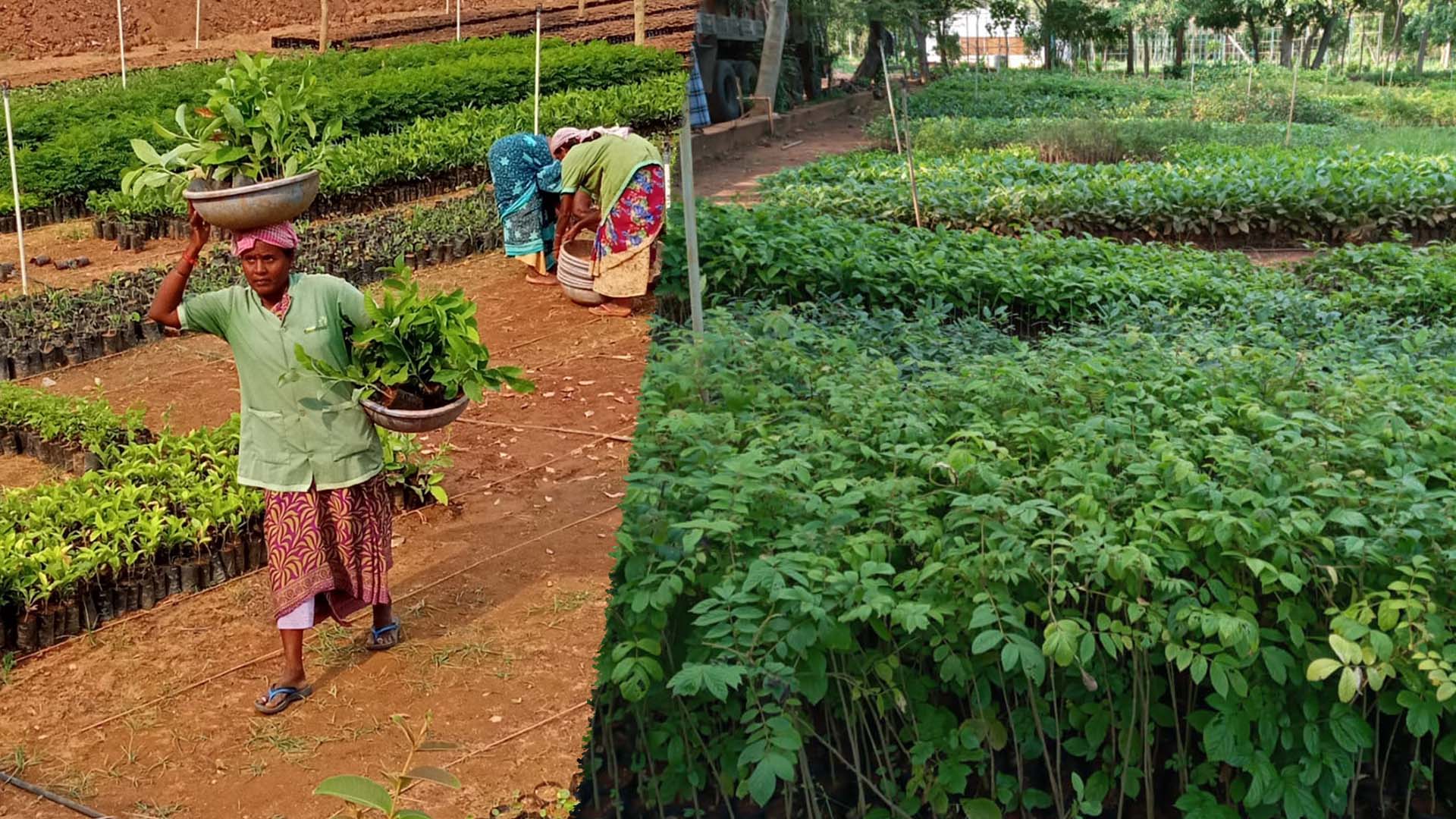 Cauvery Calling has a large network of 32 active nurseries with a capacity to produce over 10 million organically grown tree saplings in a year. 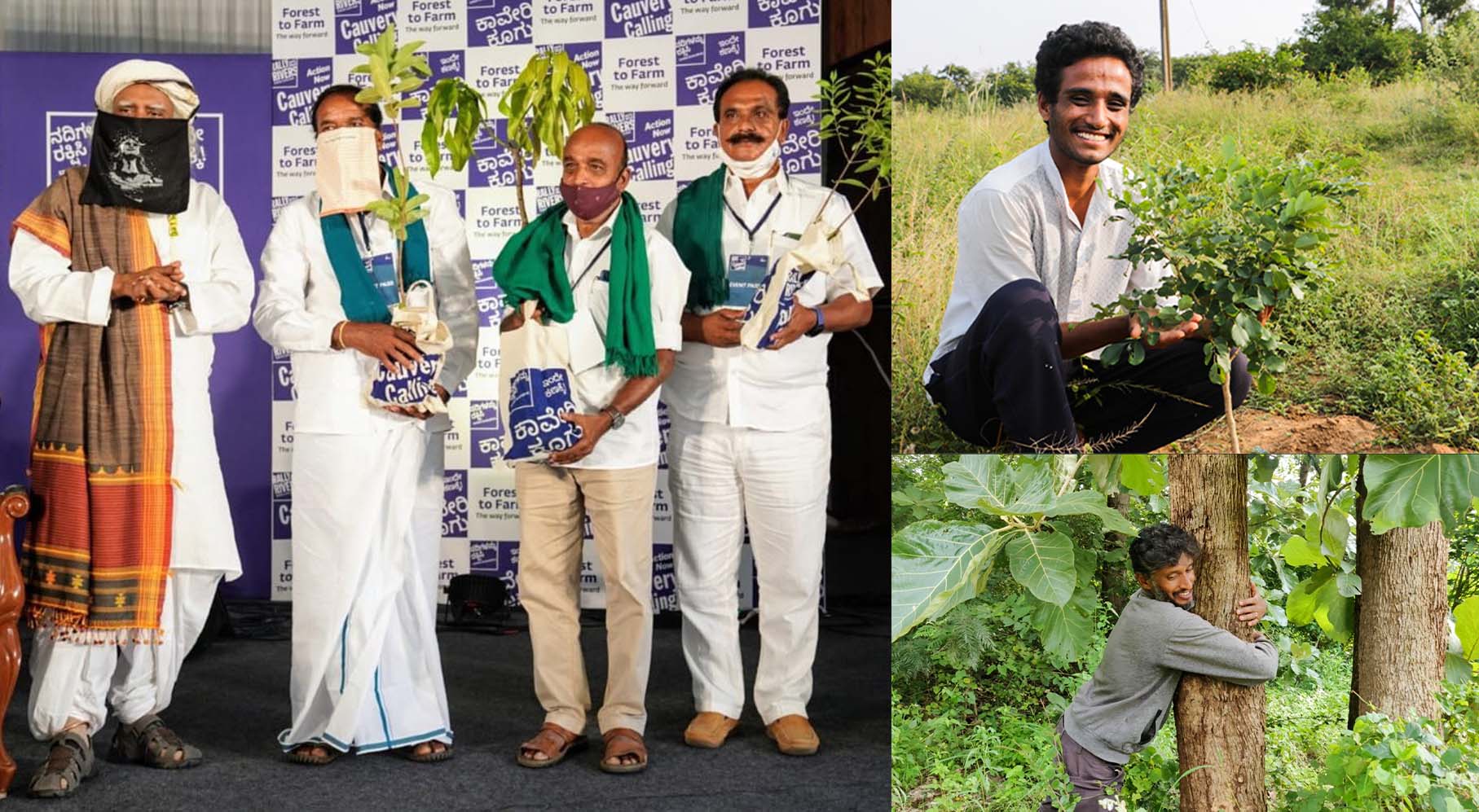 The program also aims to train farmers to produce high quality, organic saplings. This along with increased farmers’ income, farmer-to-farmer peer-training and support mean that many aspects of the project will be self-sustainable and driven by the participants in the long term.

To ensure this, Cauvery Calling is focused on working with the existing model farmers, promoting them in their regions, as well as recruiting new model farmers to form the basis of this on-the-ground movement. Essentially, the long-term viability is ensured by shifting from a centralized project mode to a decentralized farmer movement mode. Currently, the project is engaging over 400,000 farmers on a monthly basis through social media.

#12. Global Partnerships to Establish a Blueprint for the Entire Tropical World 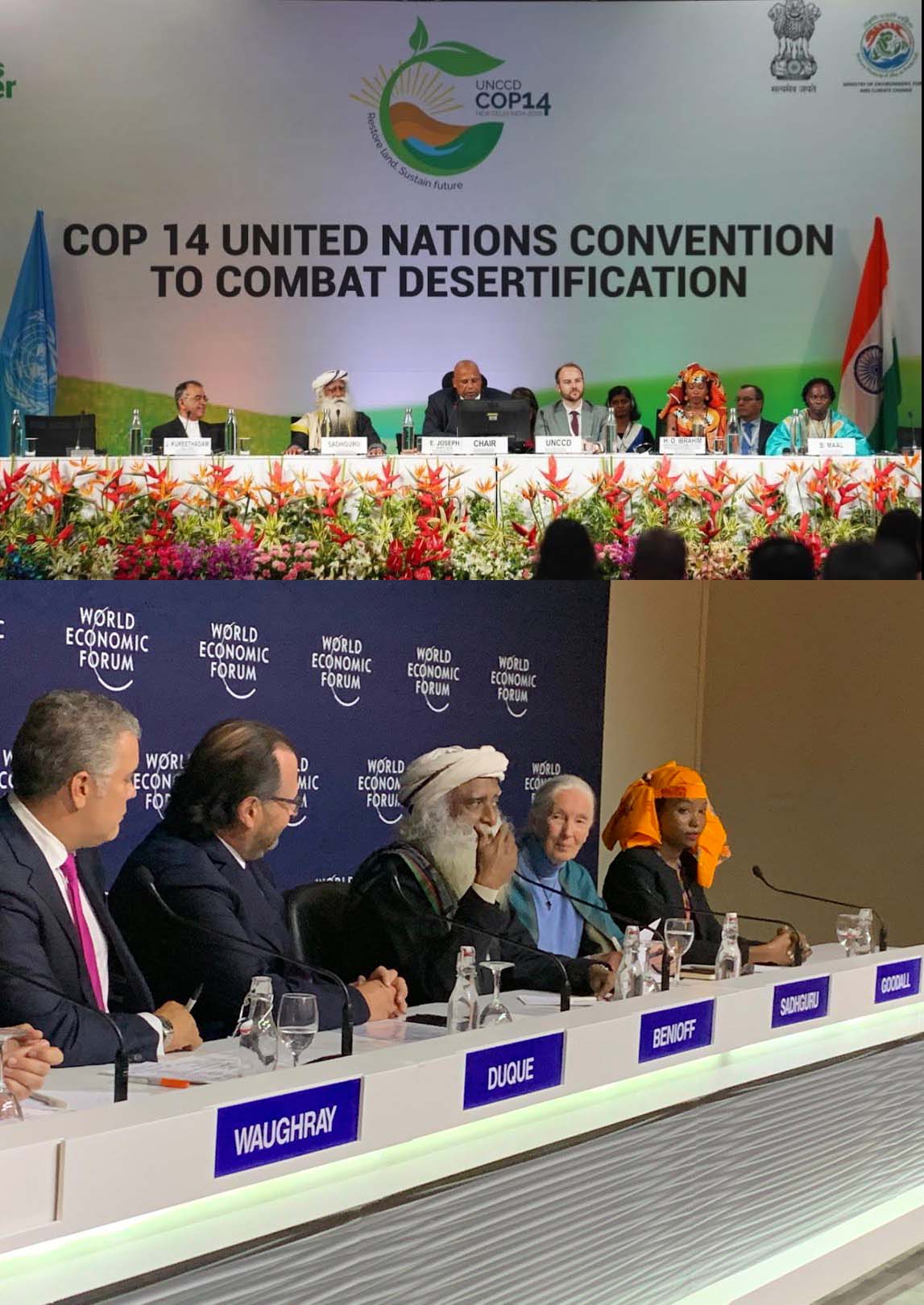 The entire Cauvery Calling project is based on a key premise that only an all-inclusive peoples’ movement will shape and sustain a long-term change. The initiative has forged partnerships in order to broaden the scope of its efforts to include the entire tropical world. Accordingly, the following international partnerships have also been shaped:

Mr. Ibrahim Thiaw, the Executive Secretary of the United Nations Convention to Combat Desertification (UNCCD), in his September 2020 public telecast declared: “I sincerely hope that countries around the world see the potential of this solution - as land restoration and revitalization are solutions to support our planet.”

Editor's Note: Save Soil - learn more here.  Join the Cauvery Calling movement to restore the lost green cover of the Cauvery basin, save Cauvery River and bring prosperity to millions of farmers in the region. 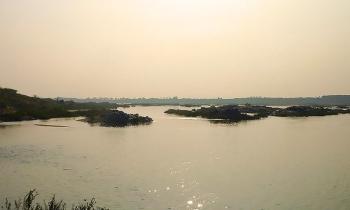