We’re delighted to share that the Government of India has recently chosen 13 major rivers in the country for rejuvenation, based on the Rally for Rivers draft policy recommendations. It inspires us to rededicate ourselves to create a soil-rich and water-abundant nation for future generations.

In the late ‘90s, Sadhguru began his efforts to restore soil health and laid the foundation for the world’s largest grassroots program, Project GreenHands & Cauvery Calling, which enabled the planting of 62 million trees in Tamil Nadu over 16 years with the help of over 2 million citizens.

Armed with ground-breaking results that include improved soil health, increased water tables and substantial rise in income for 125,000 farmers, Sadhguru decided to scale up the tree-based farming model and implement it in the Cauvery river basin, an area of 83,000 sq km spanning Tamil Nadu and Karnataka. The response to Cauvery Calling has been nothing short of phenomenal. It has not only been embraced by local farming communities, but is also viewed as a blueprint for the tropical world in soil restoration and river revitalization. Cauvery Calling aims to demonstrate the power of intent and action in effecting transformative economic and ecological impact.

It is on the back of these regional successes that the movement to Save Soil has extended its reach globally. Learn more about the Save Soil Movement and how you can get involved: savesoil.org

We’re delighted to share that the Government of India has recently chosen 13 major rivers in the country for rejuvenation, based on the Rally for Rivers draft policy recommendations. It inspires us to rededicate ourselves to create a soil-rich and water-abundant nation for future generations.

Significant Milestones of the Year 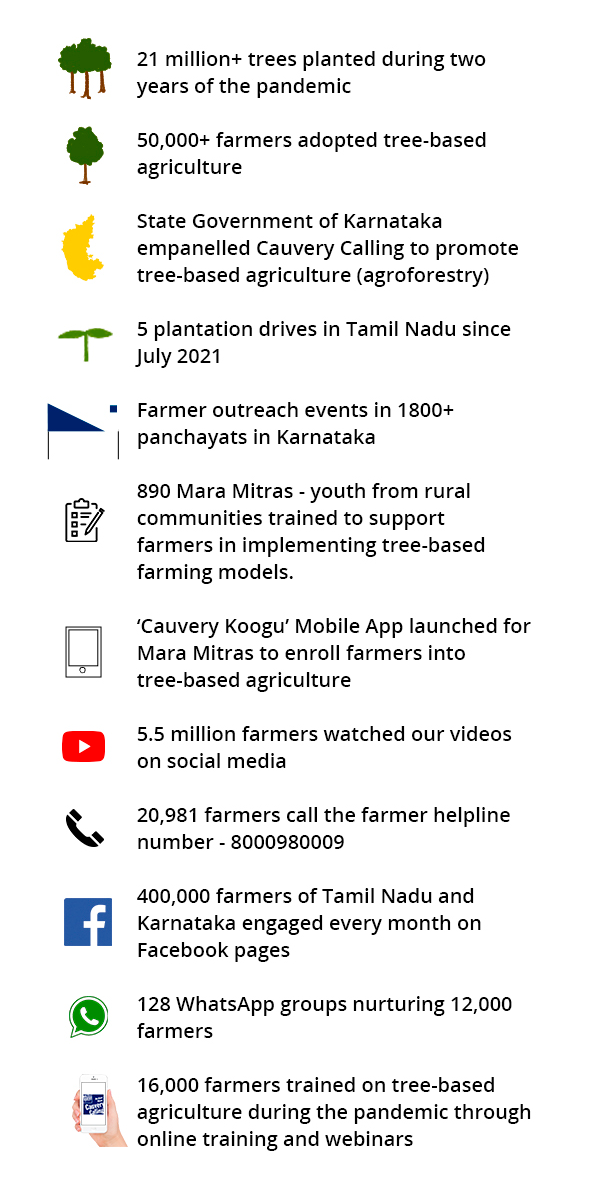 Govt. of India announced plans to rejuvenate 13 major rivers based on the draft policy recommendations of the RFR movement

Your vision, guidance and all-inclusive approach towards ecology are an inspiration. https://t.co/sA92pwkjUb

We at Isha & Cauvery Calling are feeling enthused after getting this news for several reasons: 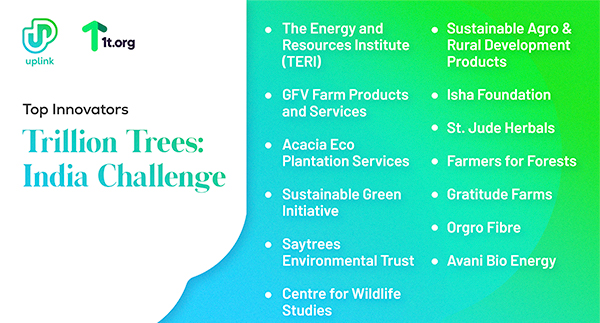 Isha Outreach-Cauvery Calling has been named one of the Top Innovators in ecological conservation and restoration by Trillion Trees: India Challenge. The Trillion Trees initiative acknowledges Cauvery Calling for its “significant government connections and innovative monitoring techniques” to achieve its goal of enabling the plantation of 2.42 billion trees in the Cauvery river basin over a span of 12 years. 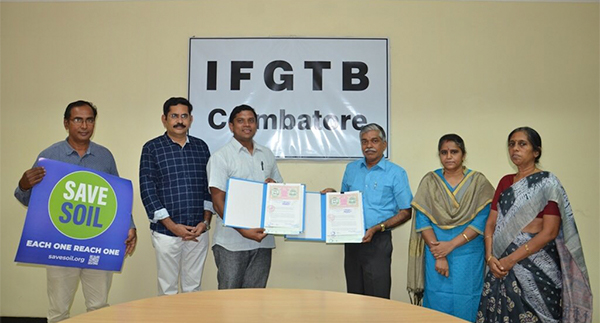 We are privileged to collaborate with the Institute of Forest Genetics and Tree Breeding (IFGTB), Coimbatore, a premier National Research Institute under the Ministry of Environment’s (MoEFCC) Indian Council of Forestry Research and Education (ICFRE). This partnership will help in studying and comparing Soil Organic Carbon (SOC, an indicator of soil health) in various plots with agroforestry, natural and conventional farming systems. Senior scientists from IFGTBwill be investigators for this project

The results from this project will provide additional scientific proof of the impact of agroforestry and natural farming on soil health.

The research literature and expertise available with IFGTB in technical areas such as carbon sequestration below and above biomass of different tree species in different conditions will be leveraged for the benefit of farmers.

Pepper Cultivation - Possible in the Plains too!

A workshop organized by Cauvery Calling – Pepper Cultivation in the Plains – was received with enthusiasm by 700 farmers in Tamil Nadu. Pepper is generally thought to be a crop that grows on hills but some innovative farmers of Tamil Nadu have learnt to grow it successfully even in the plains. In a true spirit of comradeship, these pepper cultivators shared their success stories with hundreds of other farmers.

Mitti Se - A volunteer’s tribute to Save Soil 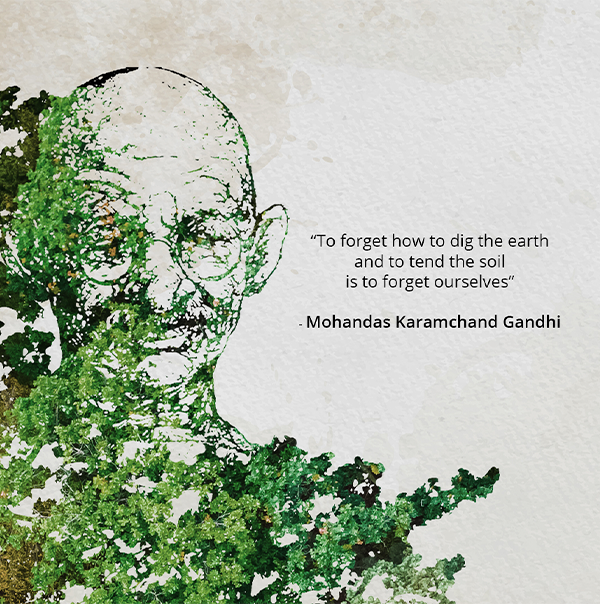 87% of life on the planet and 95% of our food is dependent on the soil, yet we have forgotten how to care for it. The UN Food & Agriculture Organization predicts that we have only 60 years of cultivable soil left. Let’s act now to #SaveSoil.

One tree at a time, one piece of farm at a time, the Cauvery Calling movement is undoing the damage we once thought was irreversible. On this #WorldEnvironmentDay, you too can do your bit by supporting Cauvery Calling. Technology could produce innumerable metaverses, but life thrives on #OnlyOneEarth. 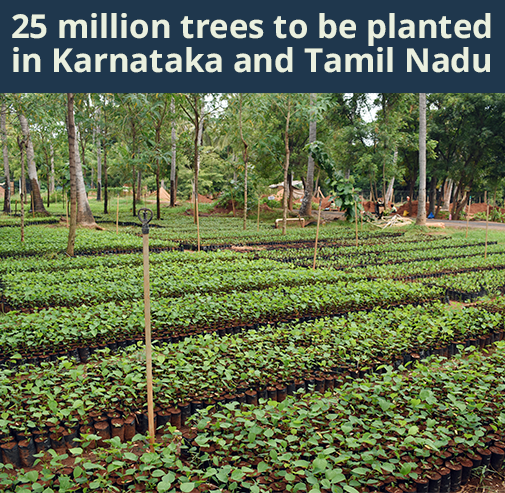 Our goal for 2022-23 is to plant 25 million trees on private farmlands in Tamil Nadu and Karnataka. During the last two years, we facilitated the planting of 21 million trees. We are aiming to reach that number, and a little more this year. Intense ground activity is underway in the plantation area. We are moved by the wonderful community participation and the deep love for river Cauvery among the farming community. It spurs us on. 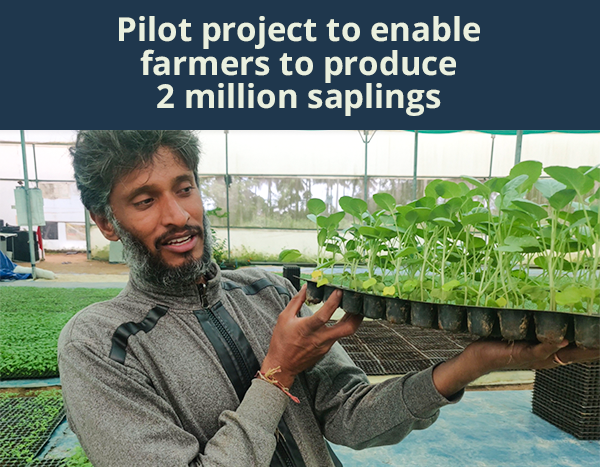 Many of you are probably aware that Isha’s 32 nurseries produce more than 10 million organically grown saplings annually in Tamil Nadu. We are delighted to share that due to a sharp rise in demand for these quality saplings, we are now enabling farmers to take up sapling production to meet the increasing demand and establish a decentralized model to facilitate easier uptake of saplings into private farmlands. 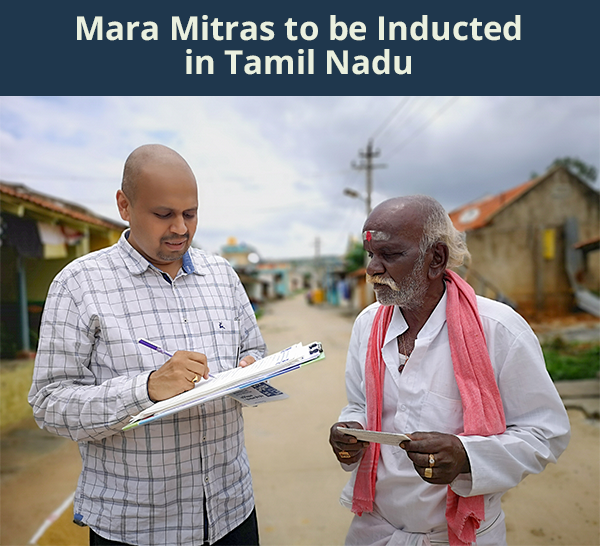 Mara Mitras are local youth with a passion and commitment to raise awareness and assist farmers in adopting economically and ecologically profitable farming models. Last year, we activated 890 Mara Mitras in Karnataka who are working with farmers in 1800 panchayats to enhance the scale and reach of government schemes that support tree-based agriculture. This year, we will activate Mara Mitras in Tamil Nadu as well with the same objective. 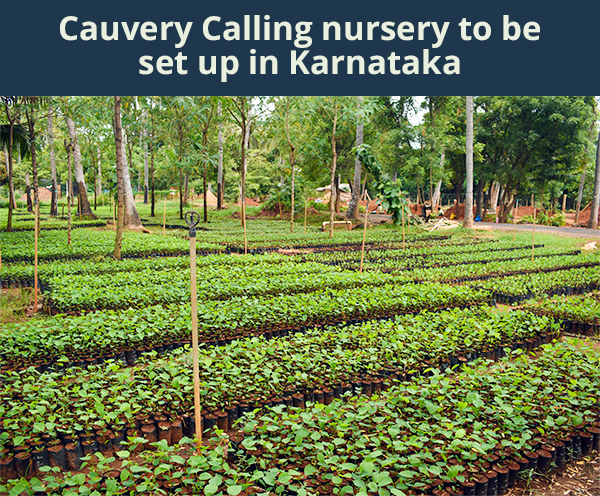 Similar to the Isha Nurseries in Tamil Nadu, we will set up a Cauvery Calling nursery in Karnataka during the current financial year. Initially, the nursery will have a target of producing 2 million saplings.

“Cauvery Calling is not an individual endeavor or that of an organization. It is generational work. Let us make it happen. Action Now.” — Sadhguru

We are now planning for the upcoming planting season, and the target has more than doubled. We cannot achieve that without compassionate donors like you! 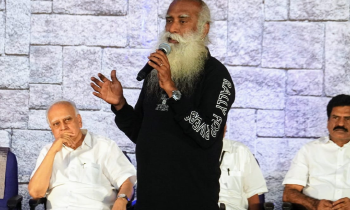 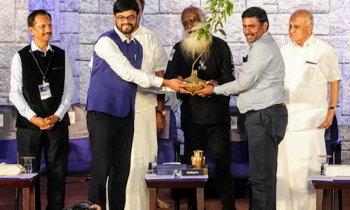 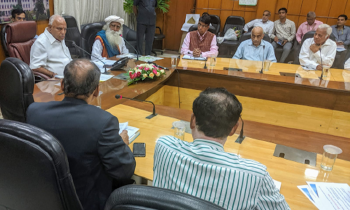