In a battle between economy and ecology, economy will always win. But there is another way. Sadhguru says ecological challenges can be addressed if they’re not pitted against economic progress. Read on to know more about Sadhguru’s win-win solution.

Today, we tend to talk a lot about the environment, water issues and other problems that humanity faces. But if you look at the fundamentals behind all these problems, you will see there is only one problem on this planet – the human being. If any other species had done the kind of damage that we are doing to the planet, we would have found a way to deal with them. Let’s say billions of Martian locusts landed here and began to cut through all our trees, turn our soils into deserts and suck the water out of our rivers – we would have definitely exterminated them. But the problem is not alien locusts. The problem is us.

All this while, we thought ecological issues are something the next generation will have to suffer, and whatever little we did to solve these problems was considered an act of empathy and compassion for them. But ecological issues are no longer tomorrow’s problems; they are today's problems. It is a matter of survival. It is very clear from many parameters that if we do not do something significant in the next few years, the size and nature of the problems we will face will be of a magnitude we have never seen before.

Right now, if you look at the extent of ecological awareness in the world, it is confined only to a small layer of people – and for most of these people, their idea of ecology is to use less water while showering or to turn off the water when brushing their teeth. It is wonderful that people are conscious about what they are using, and this will assist the waterworks in our towns and cities, but this is not a comprehensive ecological solution. Over 95% of the global population have absolutely no awareness of the ecological disaster building around them.

This is why in the last few months, I have been working with United Nations agencies and other forces, and putting across this idea of a “Conscious Planet” movement. There are 5.2 billion people on the planet living in countries with some form of franchise, the ability to vote and elect their nation’s leadership. We are looking at how to get three billion people on board so that ecological issues become the issues that elect governments.

Right now, election manifestos talk about economy, oil and healthcare, while ecological issues are just conversations for tea parties. We want to make these three billion people aware of at least five ecological aspects that must happen in their country, and two or three aspects that must not happen. If we do this, then ecology will become if not number one, at least the number two issue in election manifestos. Only when ecology becomes an election issue, will it become government policy, and only then will there be large budgets allocated so that solutions manifest.

If we want to make this happen, one fundamental aspect is to understand that today, we have structured society such that ecology and economy are going head on at each other. If we pitch ecology versus economy, economy will win. This is what we have been changing through our Rally for Rivers and Cauvery Calling movements. Restoring the ecology can be economically lucrative. And this is what I pitched at the “1 Trillion Trees” platform at the World Economic Forum 2020 in Davos recently.

The platform will plant 1 trillion trees across the world by 2030. In the last few decades, nations, corporates and individuals have chased trillion-dollar revenues. It is wonderful that the world is now thinking in terms of a trillion trees. But if this endeavor has to succeed, planting trees has to become an economic process for people. So it is extremely important that tree planting is not restricted just to wastelands and lands that are uninhabited. Agricultural lands must also be partially brought under tree cover through agroforestry.

Agroforestry is the practice of tree cultivation with other crops in between. This has many benefits for the farmer, including better crop yields, improved soil fertility and increase in ground water levels. But above all, the farmer’s income multiplies manifold from the sale of timber, fruit and other tree produce. In India, we have worked with 69,670 farmers, who have seen a 300% to 800% increase in income in 5 to 7 years through agroforestry.

Agroforestry is a game changer not just for India, but for the tropical world. In India alone, with the support of the 1 Trillion Trees platform, we can easily scale up the 2.42 billion trees we will be planting through the Cauvery Calling project, to 50 billion trees in river basins across India. Across the world, planting a trillion trees alone will not completely restore our ecosystems, but it is definitely an inspiring goal to work towards, and begin this process. 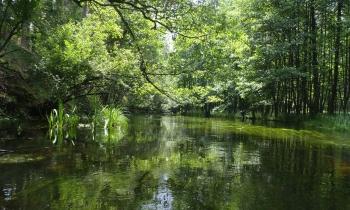 It’s now acknowledged globally that nature-based solutions are the only sustainable... 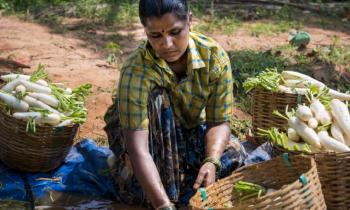 December 5 is World Soil Day. We take a look at how a few farmers have transformed their lives...