Everything you need to know about Cauvery Calling

If you’re wondering how to sift through all the news, opinions and allegations out there on Cauvery Calling, here’s a ready reckoner that will help you segregate fact from fiction.

What is Cauvery Calling?

Cauvery Calling is a project under the aegis of Isha Outreach. The project is intended to address the Farmer and Water Crisis in the Cauvery Basin Districts of Karnataka and Tamil Nadu. It offers an Economic Solution with significant Ecological Benefits. The project will aim to facilitate farmers in the Basin Districts to adopt Tree-based agriculture on their Private Lands, thereby securing their financial future as well as the Ecology.

What is Isha Outreach?

What have been the successes and achievements of Isha Outreach?

Isha Outreach initiatives have been nationally and globally recognized and awarded. To name a few milestones:

How much money has been collected for the Cauvery Calling Project so far?

As of January 2020, the project has been able to raise funding that will enable farmers in the Cauvery basin to plant more than 1.6 crore tree saplings. You can follow our status update at https://www.ishaoutreach.org/en/cauvery-calling.

How will funds be managed?

All funds for Cauvery Calling are handled separately under the stewardship of the eminent Board of Advisors and will be audited by reputed Independent Auditors.

Has this money got anything to do with State Government?

This money is not being received on behalf of the State Government. The contributions are only to facilitate farmers in the Cauvery Basin to be able to procure and plant quality saplings on their own lands.

What is the participation of the State Government?

Where will the trees be planted?

The trees will be planted on the Farmer’s private lands and has absolutely nothing to do with public/government owned lands.

When will the planting begin?

Our on-ground teams have begun to formulate systems to reach out to at least 500 farmers in each of the 54 talukas of the rural basin districts in Karnataka, alongside a corresponding effort in Tamil Nadu. Farmers will take up plantation in the monsoon of 2020.

The entire effort is by the volunteer force of Cauvery Calling movement and has nothing to do with any political or religious denominations. This is a global effort for a local solution. 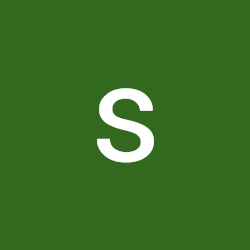 Subhash Chand gauba
21 November, 2020
Since morning I am trying to Donate २०trees every month for three years but could not. Lastly I tried to Donate Rs ४२०० for १०० trees even I could not presumably due to lack of digital technical knowledge. However I had already donated Rs. ४२०० on २९/१०/२०२०. Would you kindly make it easy for me
Thanks in anticipation
REPLY
POST
Keep in touch
Get the latest Cauvery Calling updates delivered to your inbox.