A High Five: On the Farmers’ Trail of Cauvery Calling

What is common between a nameless mute villager, an ex-President of Agricultural Produce Market Committee, an enthusiastic youth with an M.A. in Economics, a landless dehusker, and a learned farmer who grew up on fields? 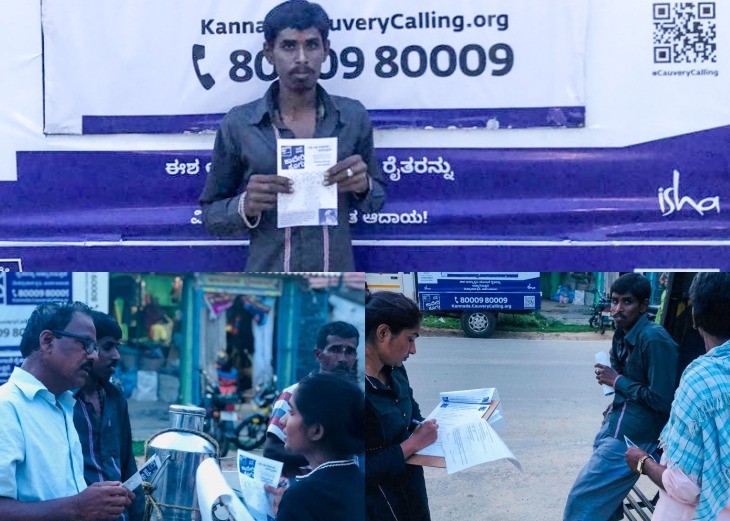 Nobody knew his name. Today we met him in Bisalehalli village, Tiptur Taluka.

Mute he is, perhaps by birth, but with good ears. As we were explaining about agroforestry, he silently came and stood next to us. Very keenly, he paid attention to everything we were saying. We are not sure what he understood, but he became a Cauvery Calling volunteer!

He took us to every single shop in the neighborhood, and in sign language, he asked people to listen to us. He helped in distributing the pamphlets. He stopped people on the road and gestured to them to see what was happening. We don’t understand anything that he was gesturing, but seeing the way he was involved and interacting with us, we were simply overwhelmed by his spirit!

All It Took Him Was 30 seconds! 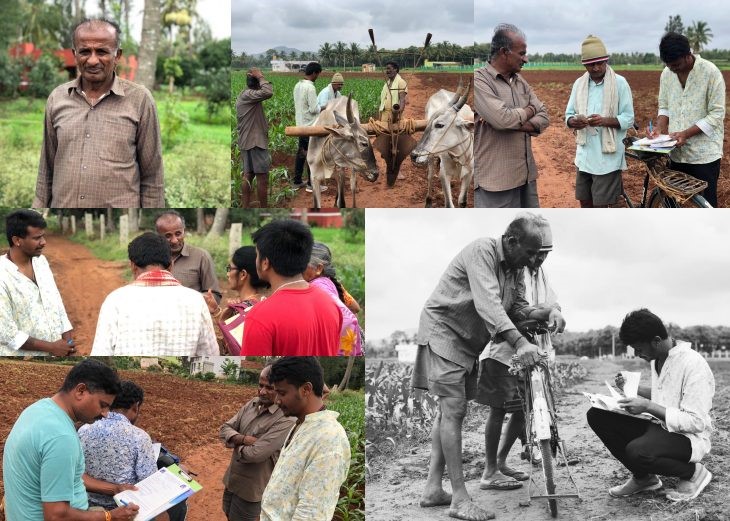 Hanumappa Gowda, of Neralagatta Village, Doddaballapura Taluka, has been farming since his childhood. He has witnessed various changes - climatic, groundwater depletion, change in soil quality, etc. He took less than 30 seconds to understand what we are trying to do. He instantly became a Cauvery Calling volunteer. He started to stop everyone who was passing by and asked them to register. He was able to convince even those people who have very little land. He convinced them to plant trees in at least half an acre. The pictures speak for themselves. 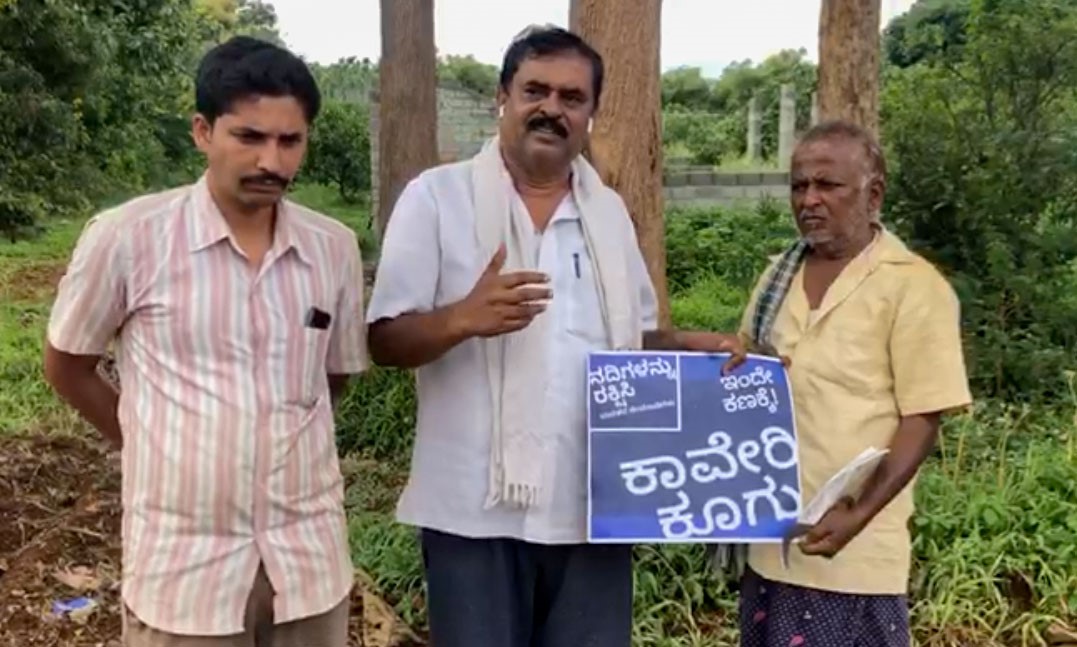 “This village has seen overflowing water tanks and 4ft deep water flowing on the roads during monsoons. And now we are experiencing droughts,” says, TV Laxminarayan, a member of the Zilla Panchayat and ex-President of Agricultural Produce Market Committee (APMC), Talagavara village in the Doddaballapura Taluka.

Laxminarayan has full knowledge of why this is happening. For the past 15 years, he has been practicing agroforestry in a big way - 18 acres of his land is filled with trees. He earns well from his farm and is very interested for his children to stay in farming too. He is really happy seeing the Cauvery Calling model and super excited to take it to the nearby villages.

Laxminarayan is a role model for the entire village when it comes to practicing agroforestry. The entire village came forward to plant as many trees as possible in support of Cauvery Calling.

An Appeal for Reverse Migration! 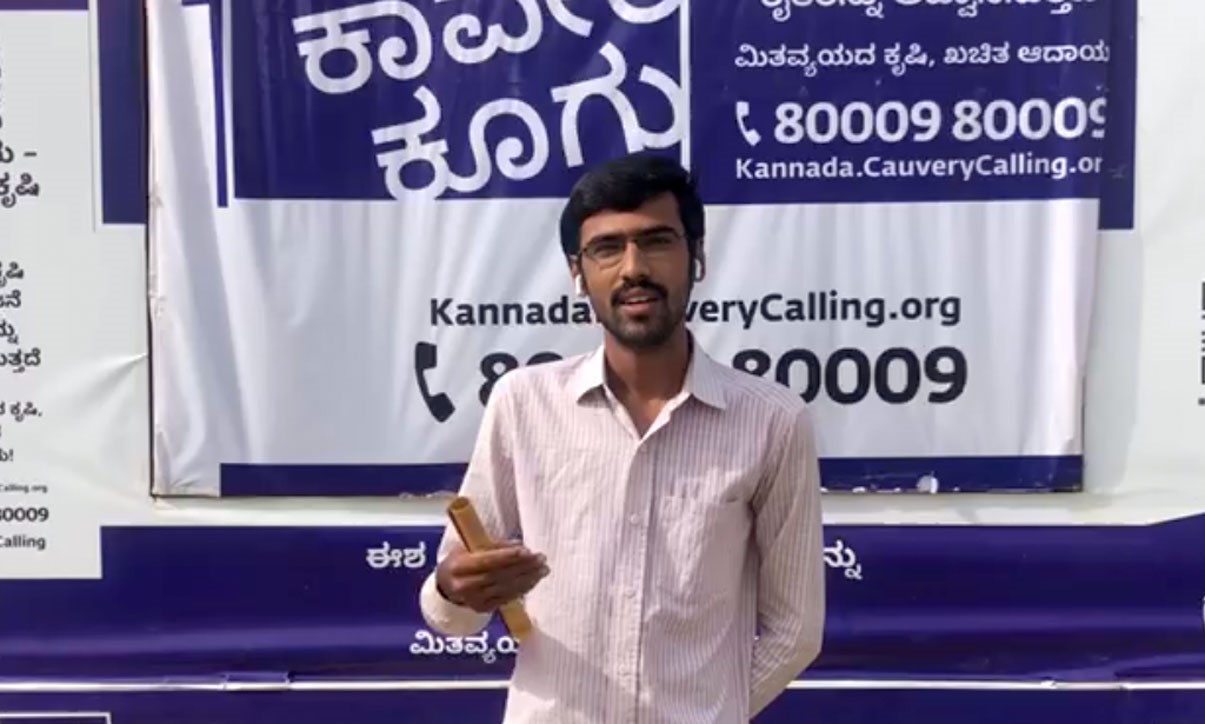 Our Hemavati team met a very enthusiastic youth, Renukaswamy, a 26-year old M.A. Economics Post Graduate. He wants the city youth to come back to the villages and live with nature here. He wants to do agroforestry in his village and encourages everyone to do the same. In this moving video, he gives his full and passionate support to this project.

He confessed that he is also a big fan of Sadhguru and watches all his videos on YouTube.

Because He Worries About His 3-Year Old Daughter 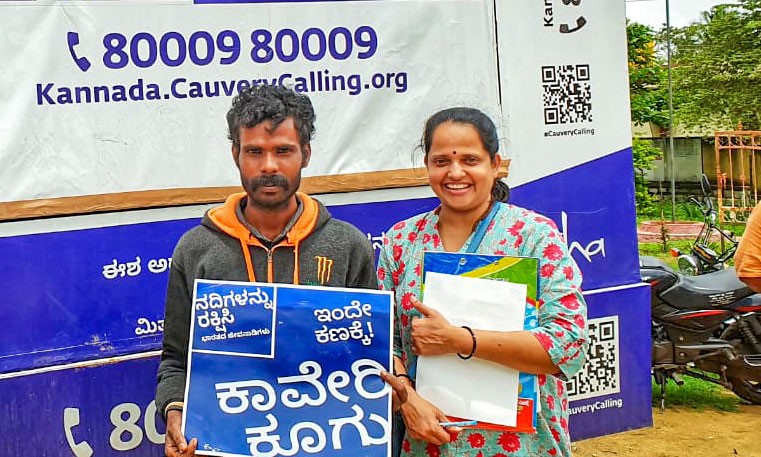 Sri Horegere, a 33 year-old man, dehusks dry coconuts for a few hours a day and the rest of the time works as a taxi driver for a living. Because of the rains, he had the day off one day and decided to spend it helping us. Hailing from Kuppur village he began to call on people for Cauvery Calling. We have so far registered more than fifty members with his singular effort and are still going strong. He is very happy about what this movement will create for the future generations as he himself has a three-year-old daughter who he worries about. 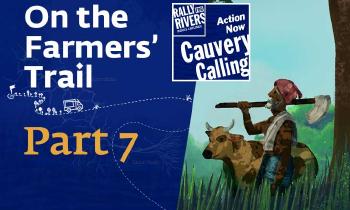 Under the drizzling drops of rain, on the morning of August 24, sixty volunteers spread out in...