Martial arts, sports, and quizzing are just a few other areas of excellence for the Isha Vidhya students. Apart from academics, Isha Vidhya schools offer abundant opportunities and guidance to the students to hone their inherent talents by participating in extracurricular activities. Read on to know about their quest for excellence.

Extracurricular activities are a significant part of the curriculum at Isha Vidhya where students are offered ample scope to recognize and refine their talents – even when a particular activity isn’t part of our curriculum. Besides guiding, supporting, and motivating them, we encourage our students to participate in competitions and facilitate such participation to help them blossom.

Read about students who have excelled in such activities. 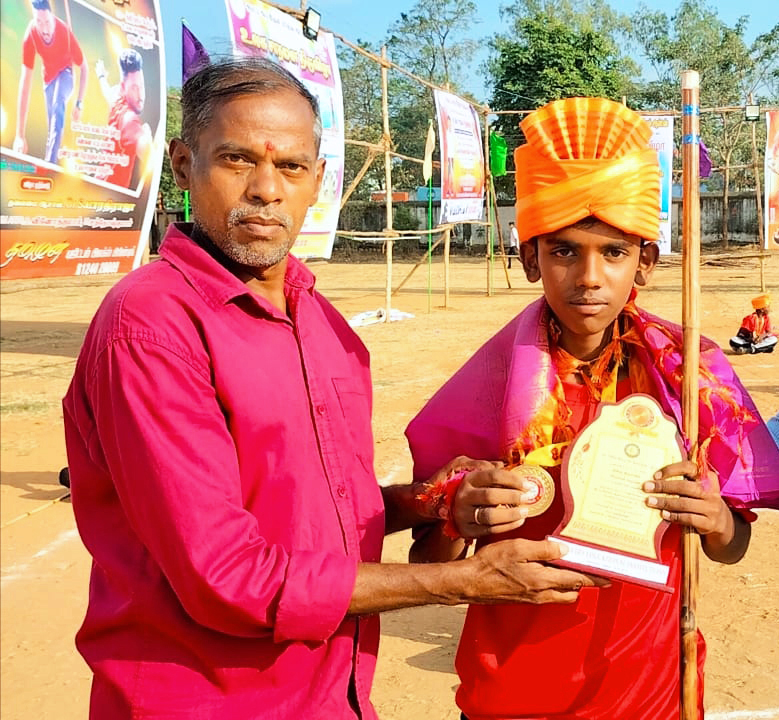 MouliRaj won gold a couple of times at the district level competitions by demonstrating his skills in Silambam, a traditional weapon-based (stick) Indian martial art. He recently participated in the All India Book of Records and won a prize there too. MouliRaj began learning Silambam at 9 years and trains for an hour every day after school. He aims to participate in national and international events in the future.

This Class 9 scholarship student of Isha Vidhya Salem is inclined towards a career in medicine and hopes to either become a doctor or do research in biotechnology.

Never at a Loss for Words 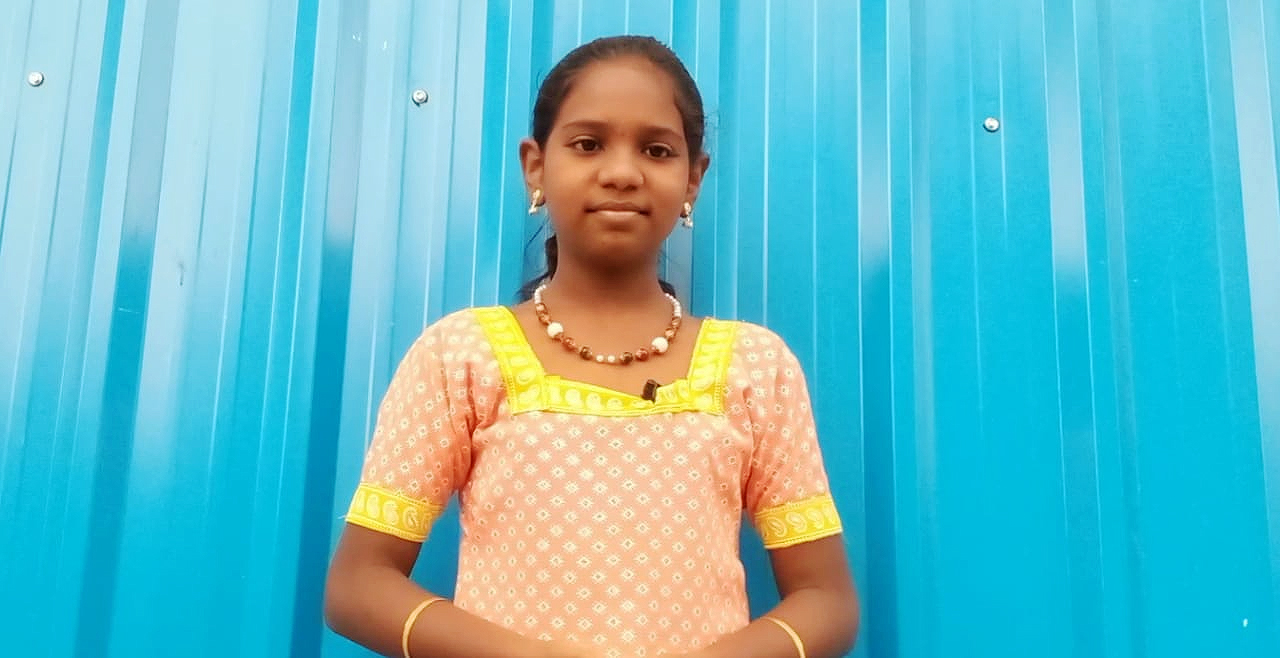 Sankari recites Thirukkural (classic Tamil language text) effortlessly – she recently recited 1330 Thirukkural and was conferred ‘Thirukkural Mani’. This added to the already growing list of awards that she has won. Last year, she hosted the Children’s Day celebrations at the Grace College of Education and also conducted a Thirukkural quiz.

Sankari, a Class 7 student at Isha Vidhya Nagercoil, has also completed level 3 in the Spelling Bee competition with distinction. She wants to fulfill her mother and grandmother’s dream by becoming a collector and serving the society, and also creating awareness about Thirukkural across borders. 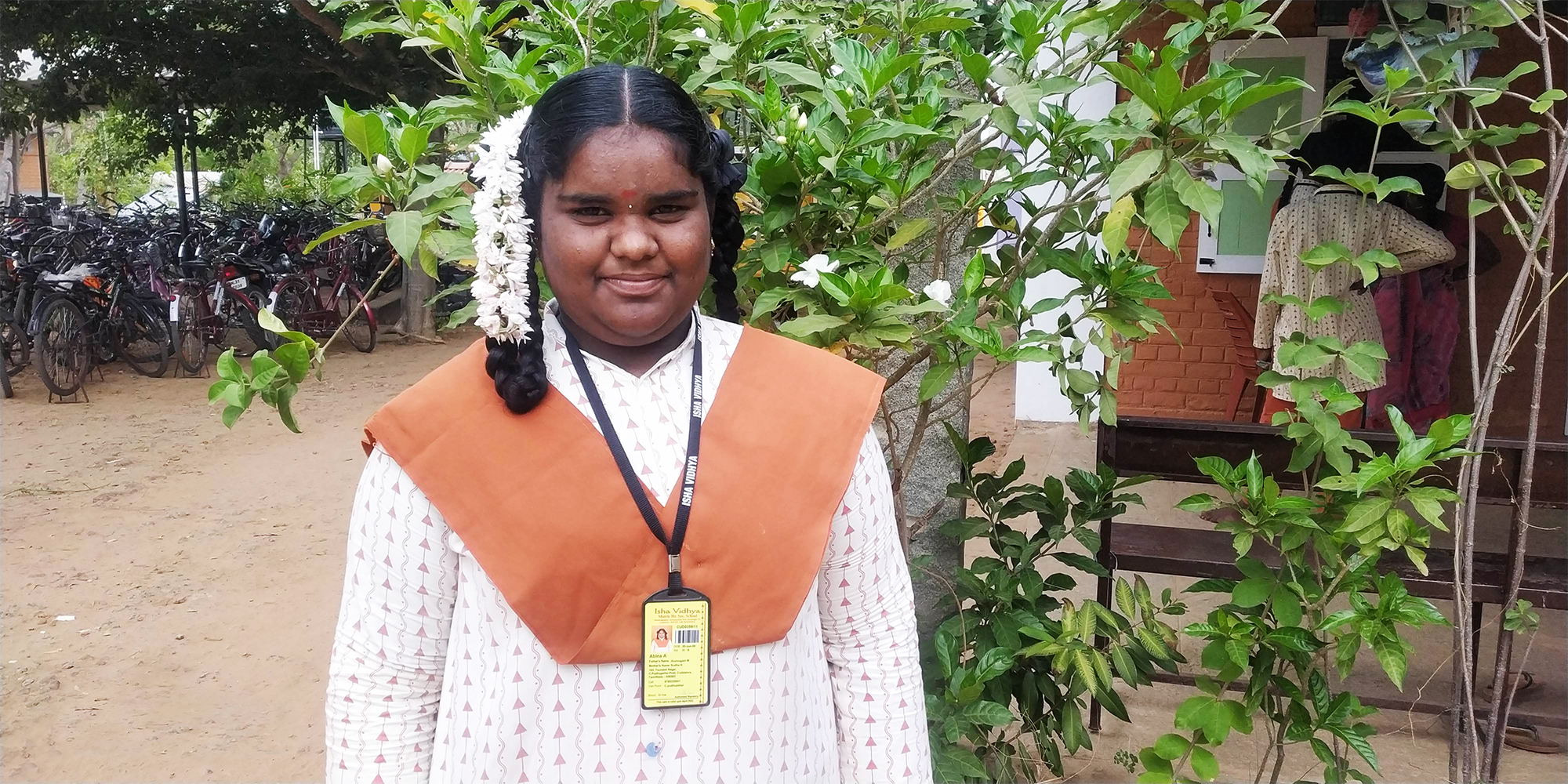 A couple of years back, Abina failed to secure a place on the school athletic team. Disappointed, she practiced diligently by herself during the lockdown by throwing heavy objects in her backyard and made it to the school team this year. The cherry on the cake was the silver medal she recently won in the shot-put event in the under-14 category at a district-level competition.

Abina’s father, a school dropout, works as a fisherman. She studies in Class 9 on a scholarship at Isha Vidhya Cuddalore and wants to become a nurse. 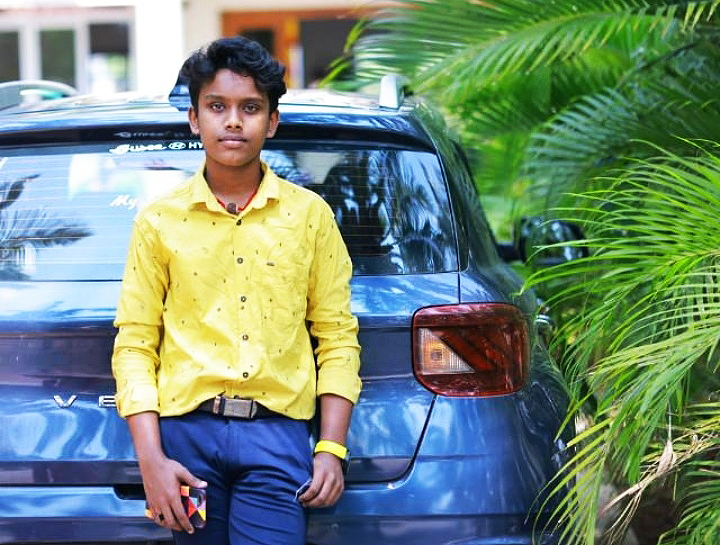 When Athisesan saw his cousin practicing Taekwondo, a Korean martial art, he was fascinated and took to watching Taekwondo videos. Soon, he began training in it, and recently won a gold medal in the Poomsae Cadet Boys team category and a bronze medal in the Kyorugi Cadet Boys under 57 kg category at the Tamil Nadu Inter-Zone Taekwondo Kyorugi & Poomsae Championship 2021, where over 4000 students participated.

Athisesan trains for three hours every day and aspires to participate at the national level. A Class 9 student of Isha Vidhya Nagercoil, Athisesan is also good at academics and says that he puts in his best in whatever he does. 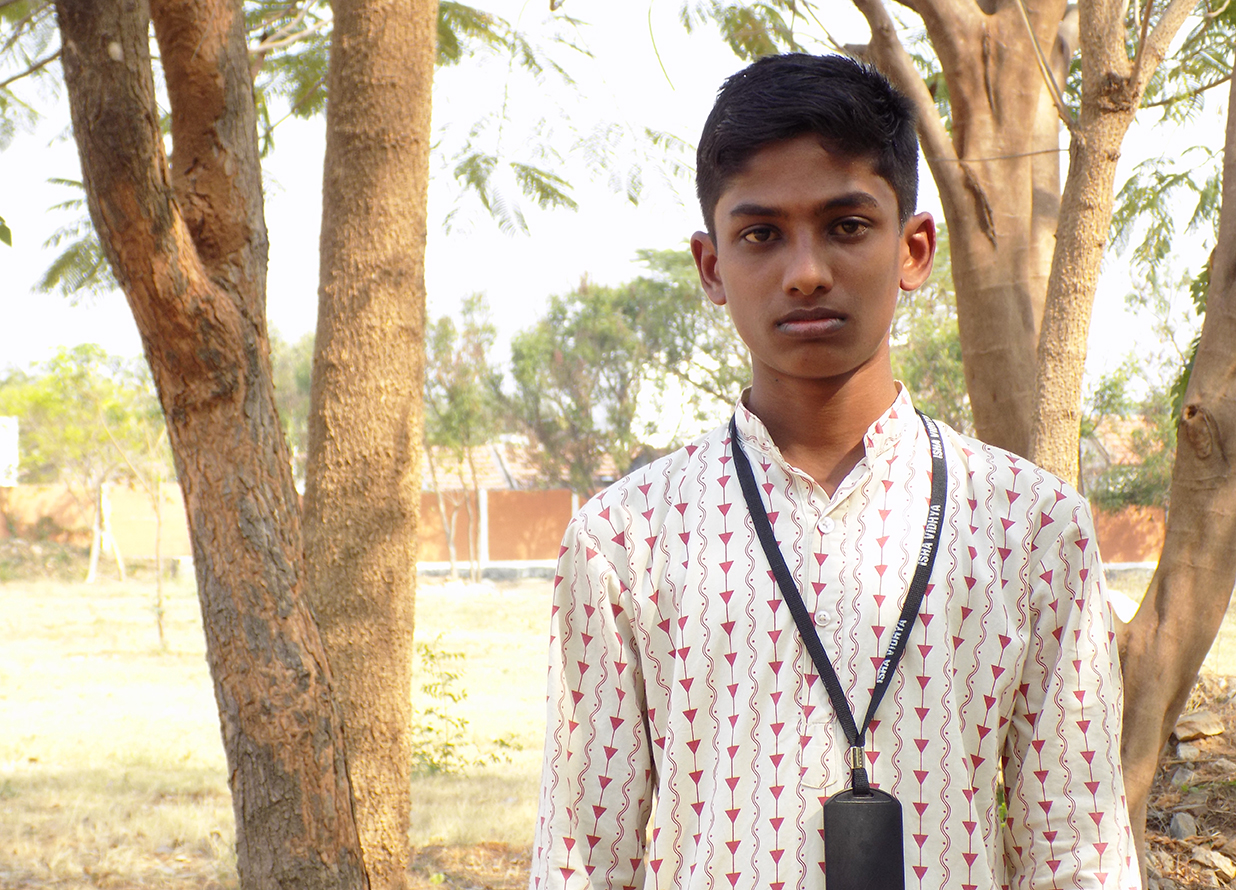 Shanoj won first place at the Discovery School Super Leagues quiz, surpassing 120 participants. He attributes it to his habit of being up-to-date about current affairs. In preparation for the quiz, he thoroughly perused his Class 9 books and watched quizzes on the internet. Shanoj, whose father is a daily wager and a school dropout, is a scholarship student at Isha Vidhya Salem. He is good in academics and aspires to pursue mechanical engineering and secure a job at Wheels India, Ford, or Hyundai. 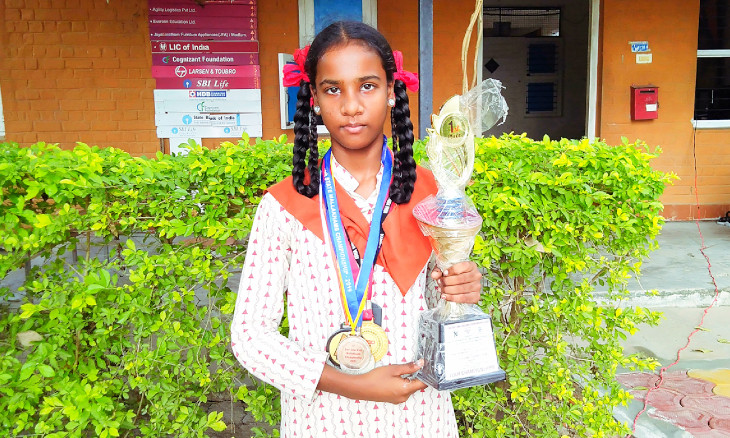 Yuvarani excels in Mallakhamb, a traditional Indian sport where a gymnast performs aerial Yoga or gymnastic postures while gripping a vertical pole, cane, or rope. Few women choose this sport, but Yuvarani loves gymnastics and took it up in Class 6. She trains for 3 hours every day and also during PET periods at school. Besides winning numerous prizes at the district and state levels, she won a bronze medal in her age category at a national-level competition last December and hungers for a gold medal.

Yuvarani is studying in Class 8 at Isha Vidhya Villupuram and is inspired by Kiran Bedi. She wants to become an IPS officer, like her idol.