For The Win - Stories of Young Champions

Isha Vidhya believes in cultivating sporting talents in its students, alongside their academics. From track & field to chess, from handball to archery, these students have been ruling all realms. Their victory is attributed in no small part to the inspired and dedicated physical education teachers like Ms. Dhanapushpam, who are constantly on the lookout for nurturing the hidden sportsperson in their students.

Isha Vidhya has always placed equal emphasis on academics and sports in order to bring the best out of its students. In the previous academic year, eight of our participating schools won 149 prizes in sports at the zonal level and perhaps would have done even better this year under normal circumstances. Read the stories of students who have excelled in sports, and a P.E. teacher’s story of how she supports her students. 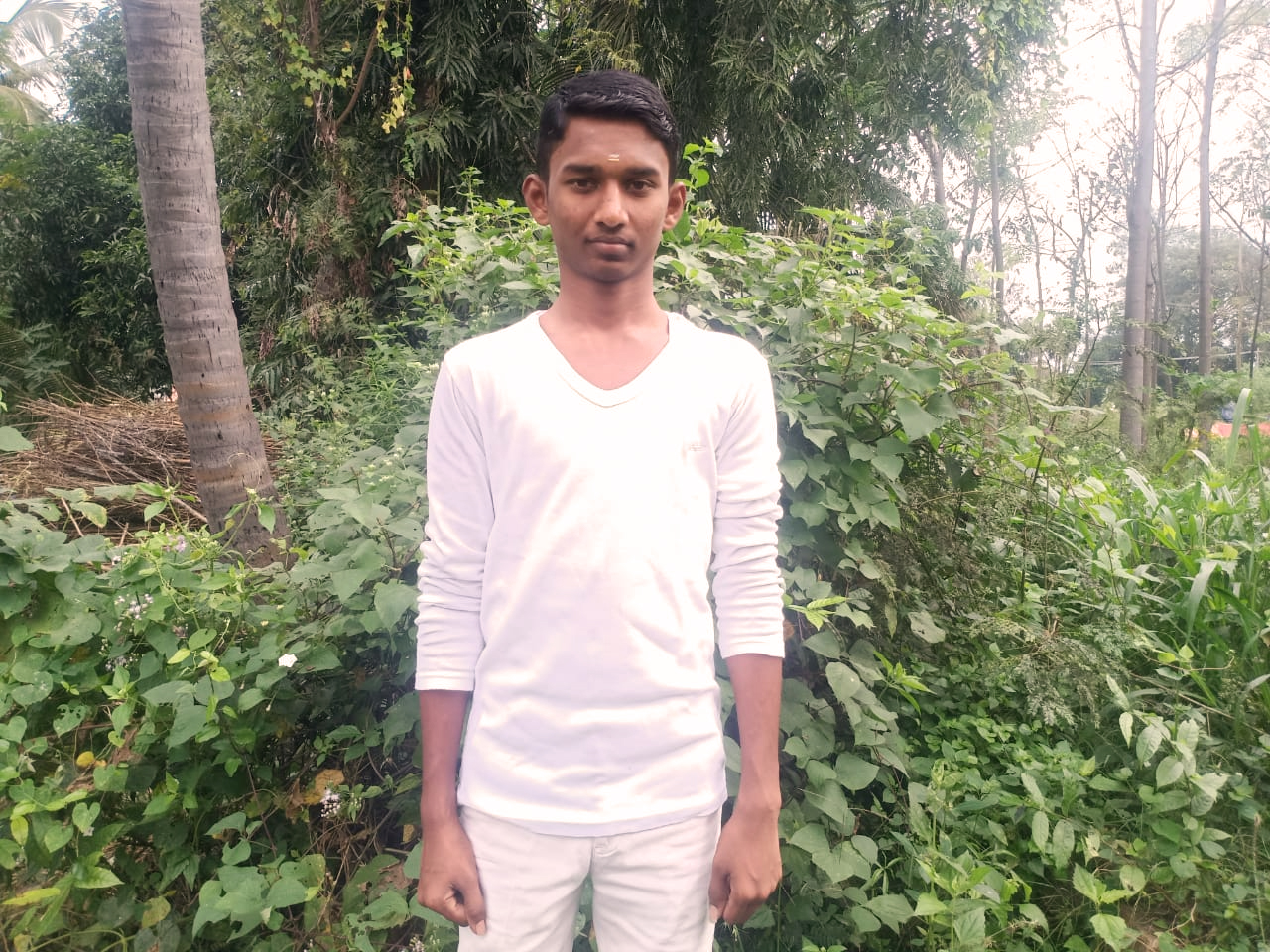 Punithrajkumar, a Class 10 student from Isha Vidhya Dharmapuri, has been on a winning streak for a few years now, winning top prizes in High Jump, Long Jump, Javelin Throw, and Discus Throw at school and district levels. He also won the Overall Championship prize at the school-level sports meet in 2019.

Winning hasn’t come easy for Punithrajkumar, the son of a daily wager. He has spent countless hours of training after school in preparation for competitions and attributes his success to the support he has constantly received from his P.E. teacher and encouragement from other teachers, too.

Punithrajkumar says that he joined Isha Vidhya because the school gives equal importance to academics and sports and lays emphasis on the practice of sports.

With Usain Bolt for inspiration, Punithrajkumar dreams of becoming a successful national-level athlete and also of internationally winning for the nation. 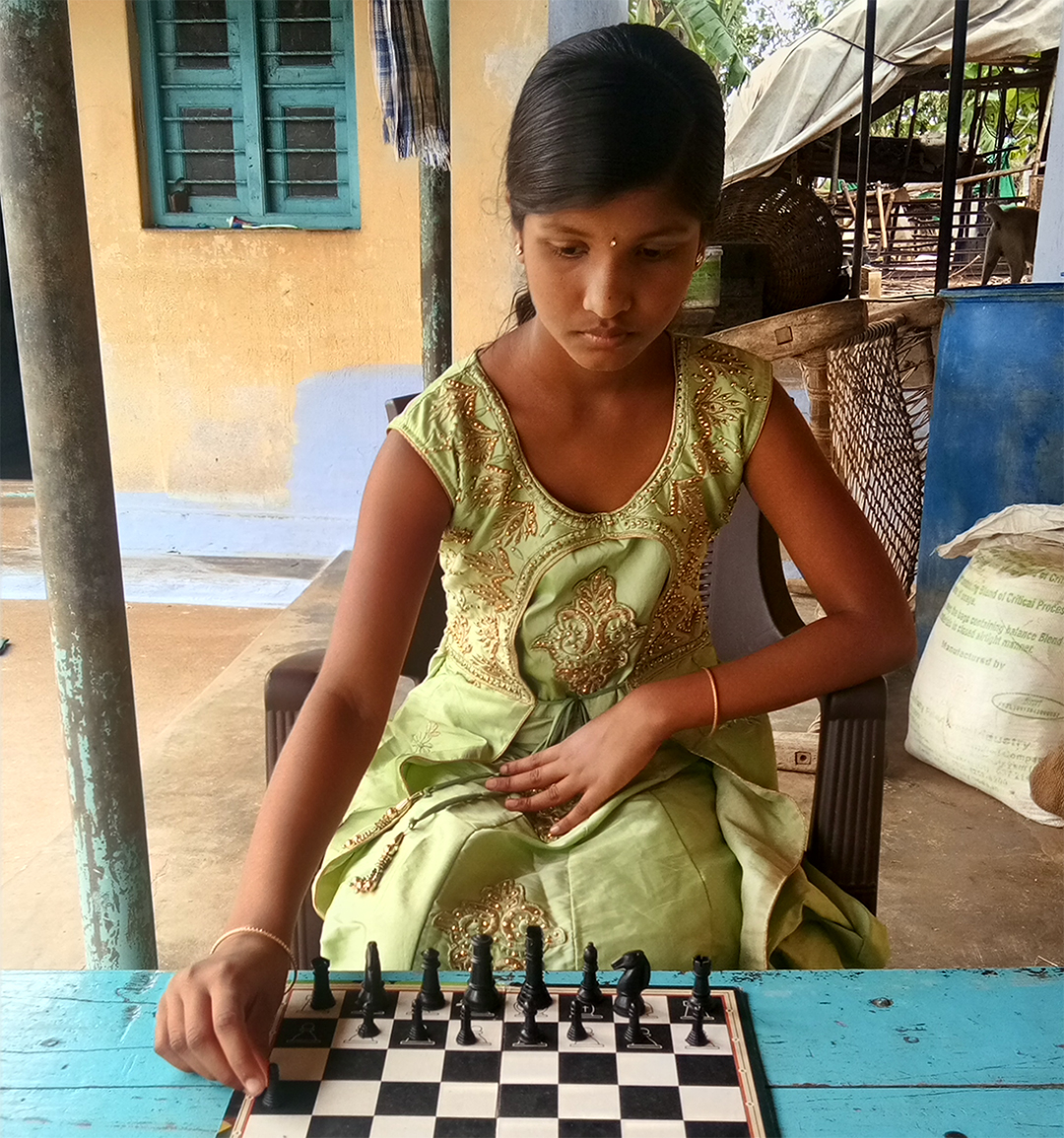 Kanishka from Isha Vidhya, Vanavasi has been a childhood chess enthusiast. Unexposed to the world of sports, she simply draws inspiration from a sport that she finds mentally stimulating and relaxing.

But this young, Class 6 girl is also very eager to become a District Collector. She says it’s her ambition and dream to become a Collector and always keep her passion for chess alive.

Kanishka, who won second place at the zonal meet last year, says she is “practicing and practicing more” the various techniques taught by her P.E. teacher at the P.E. classes, and her friends, at other times. This has helped her get this far.

But it’s not all play for Kanishka – she is doing well in her studies too. She’s a class leader and has also won “student of the week” certificates for her discipline. 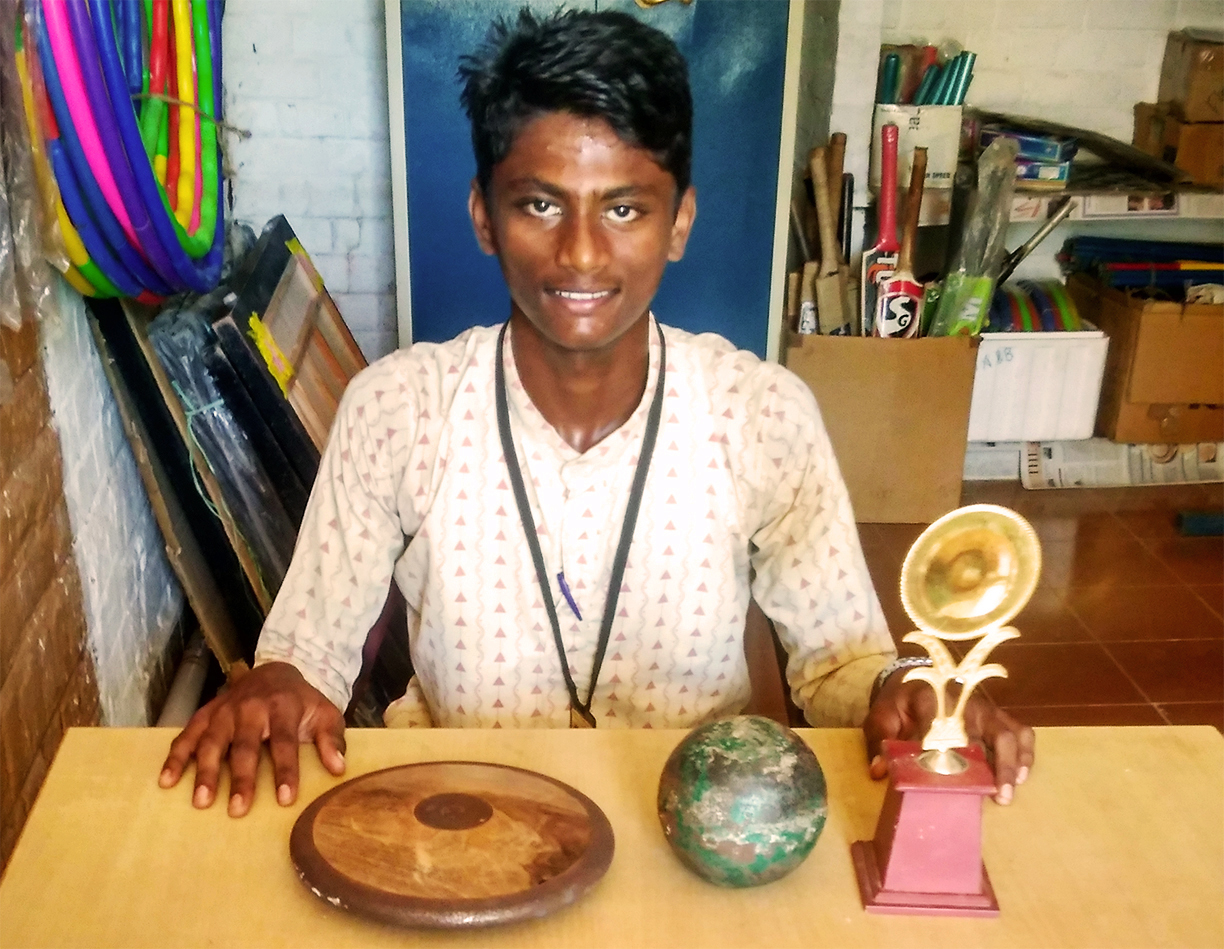 Kavin Kumar from Isha Vidhya Tuticorin loves watching action movies and wants to join the army like his idol Arnold Schwarzenegger did in the movie “Commando” that he watched avidly.

The son of a welder, Kavin Kumar joined Isha Vidhya Tuticorin on a scholarship and is now in Class 10. In recent years, he has won many top prizes in Shot Put, Discus Throw, and 100m running at the state and zonal levels, and has also been a class leader in sports and for cleanliness.

Besides the motivation of family and friends, he says his P.E. teacher’s support for workouts, jogging, yoga, and exercise is the secret of his triumphs.

In his desire to do well in sports, Kavin Kumar keenly watches sports on TV and before any competition, studies closely the techniques employed by other sportspersons.

P.T. Usha is her Benchmark

Srimeena ran faster than 150 other participants and won the first prize at the inter-school sports meet in 2018-19. She’s inspired to run like her idol P.T. Usha and dreams of becoming a professional athlete and participating in sports not just at the national level but also winning laurels for the country.

She’s won prizes in Running, Long Jump, High Jump, and Kho Kho at the school and zonal levels and says that the motivation of her parents, friends, and teachers drives her to do well in studies and sports.

Srimeena, who’s studying on a scholarship at Isha Vidhya Dharmapuri in Class 10, is a class topper and is now studying hard for her first board exams. But sports being her passion, Srimeena worked out regularly during the lockdown to stay in shape for the next tournaments. 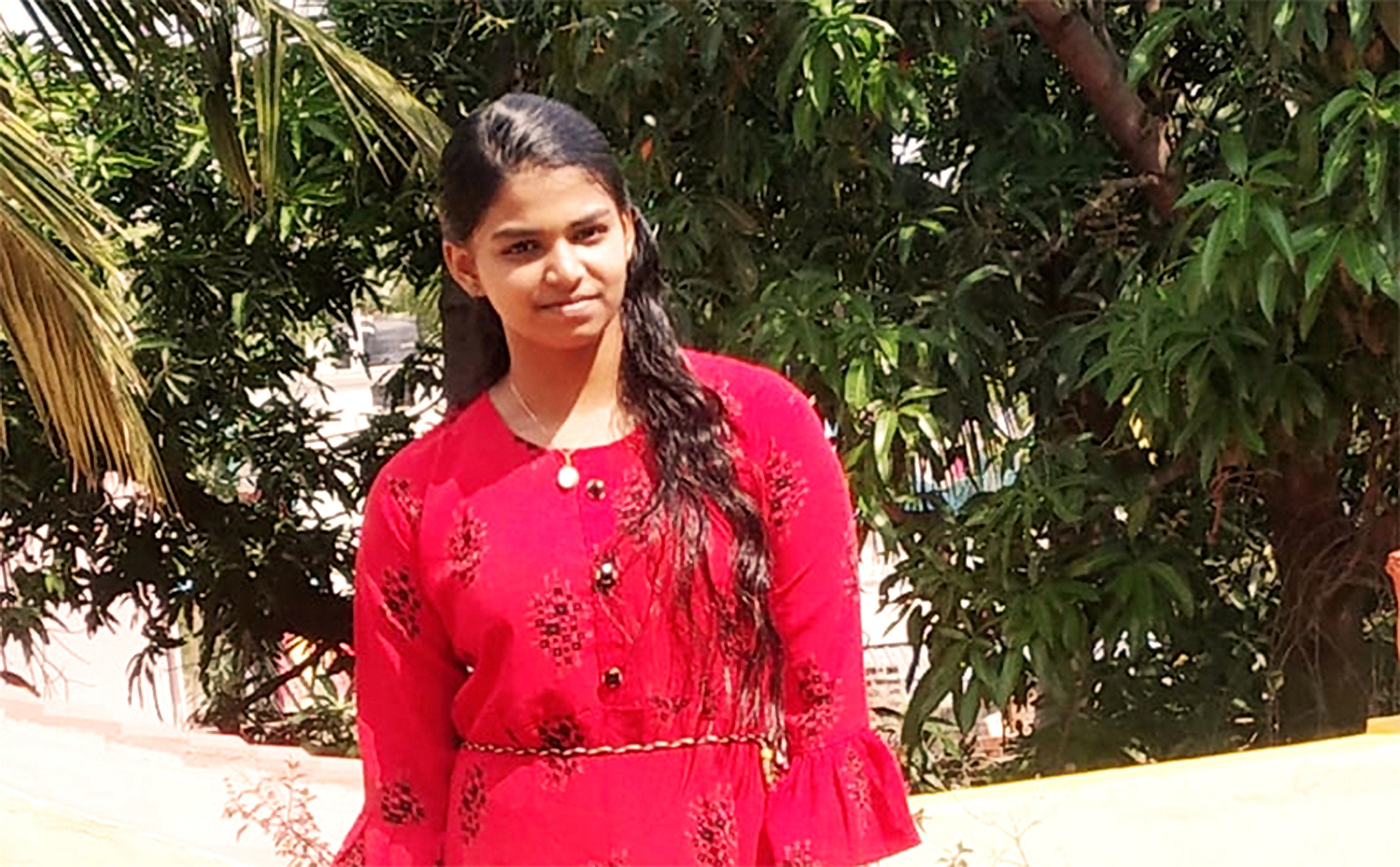 Jayanandhana has won several prizes at the zonal and district levels in Shot Put and Discus Throw and was part of the Handball team that won at the state level in the previous academic year.

Jayanandhana is inspired by Cristiano Ronaldo and credits her P.E. teachers and her family’s support and encouragement for her sports achievements. She wants to become a national level athlete.

She says she misses training at school and is currently following an exercise regimen to keep in shape.

But it’s not just sports that Jayanandhana wants to excel in; she also wants to become a doctor. 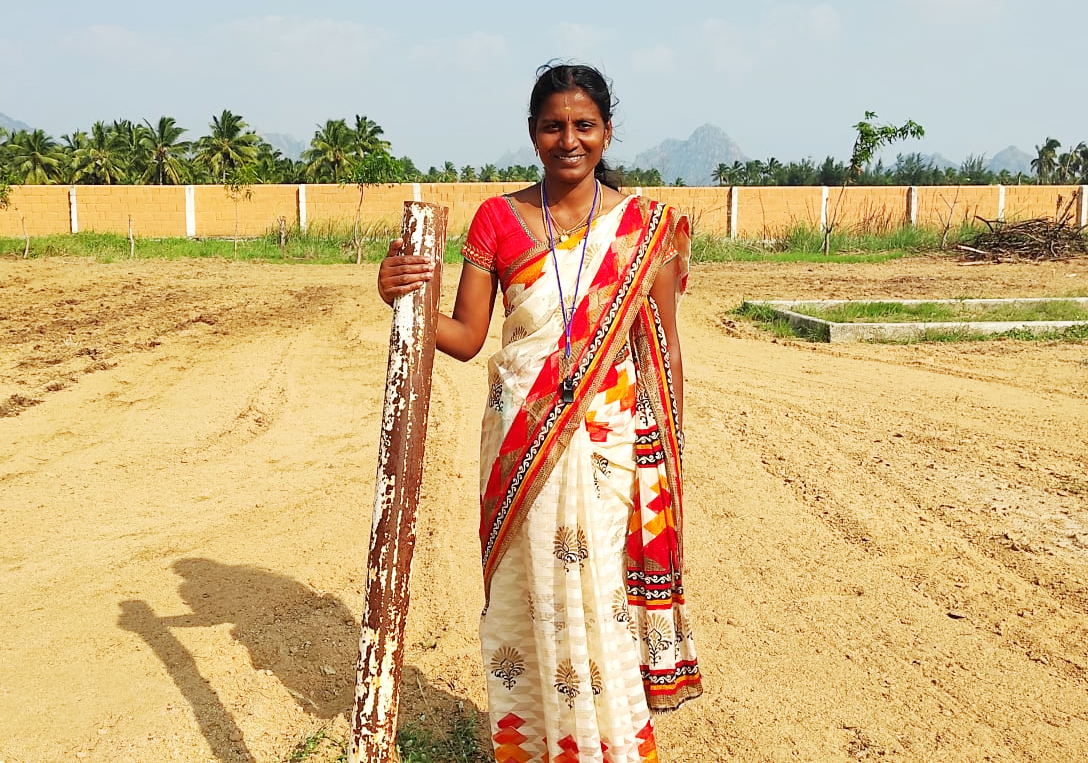 Dhanapushpam was interested in sports from childhood – she was influenced by a relative who was a successful sportsman. At school, she participated in a running event at the district level and won the first prize. This was a turning point in her life and she focused on a career in sports training and studied B.P. Ed. and M.P. Ed. to become the passionate P.E. teacher that her own school P.E. teacher wasn’t.

At Isha Vidhya, her day starts at 7.30 a.m. with a regular workout and practice for sports-loving students, followed by training students day-long. She once again has an evening workout for interested students before she calls it a day. Her enthusiasm for training well shines through when she accompanies her students unasked for outstation competitions.

Dhanapushpam is constantly on the lookout for students who show interest and enthusiasm in sports and motivates them to strive for excellence, baiting them with the benefits of good health and perhaps the opportunity to land a secure government job if they win at the district, state, or national level.

Dhanapushpam says she feels proud when students from other schools acknowledge Isha Vidhya’s sporting excellence at sport meets and when her neighborhood children wish they could study at Isha Vidhya for their sports.

She finds her journey with Isha Vidhya gratifying and a great opportunity for self-development. 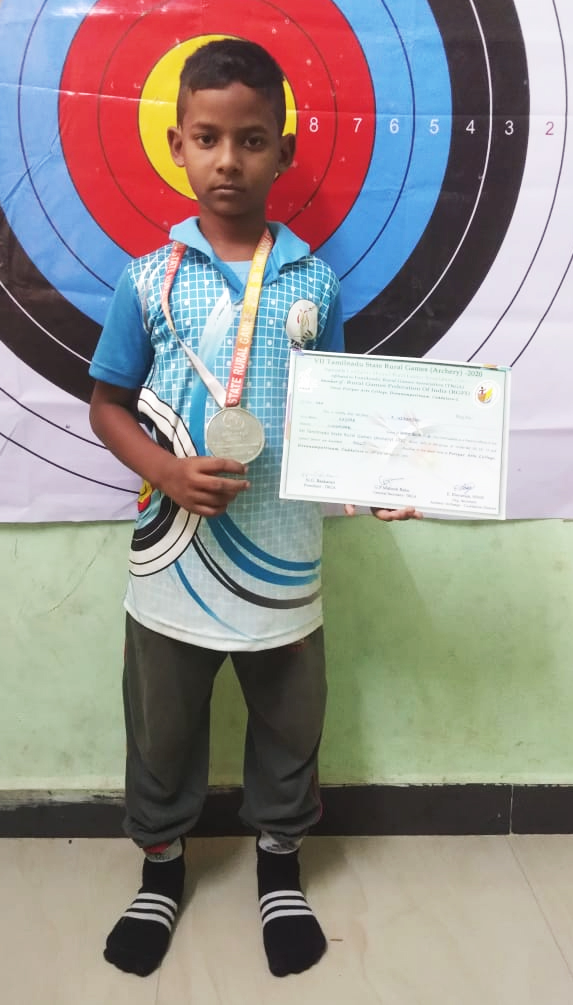 Niranjan of Isha Vidhya Cuddalore recently won first place and a gold medal in an archery competition, beating out 25 other contestants in his age category.
The event, hosted by the Tamil Nadu Rural Games Association at Periyar College in Cuddalore, had 260 participants ranging in age from 6 to 20. Every day, Niranjan puts in a rigorous 2-hour training session under the watchful eye of his uncle, an archery trainer.

8 year-old Niranjan is the son of a driver and studies in Class 4. He joined Isha Vidhya in L.KG on a scholarship. While his uncle inspired him to pursue archery, he is also an excellent student.