Making A Run For It

For the fifth consecutive year, Isha Mumbai sprints like never before in the Mumbai Marathon for Isha Vidhya.

For the fifth consecutive year, Isha Mumbai sprints like never before in the Mumbai Marathon for Isha Vidhya.

Predawn Sunday Jan 20th this year, braving the chilly morning, many bright Isha faces (runners and cheerers, alike), assembled at their designated places across the city before marching forward with hundreds of other Mumbai Marathon participants.

This was the fifth year of participation for Isha Vidhya in the Mumbai Marathon. Over 300 corporate employees from 13 corporate organizations and over 150 individuals ran and raised funds for the rural children in Isha Vidhya schools. 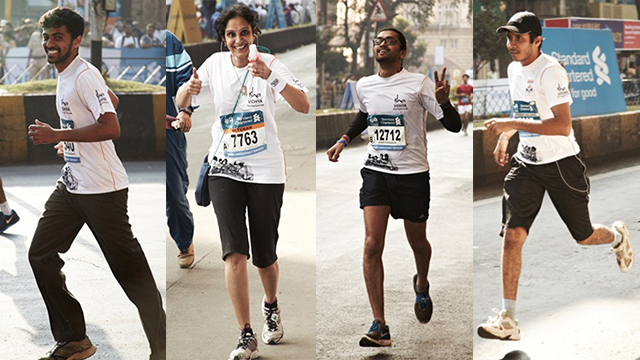 The electrifying enthusiasm of these volunteers was a culmination of their efforts for the past many months in donations and kind. They set aside their personal inhibitions with the sole purpose of raising as many funds as they could for Isha Vidhya. Several personal fundraising pages were created, several targets set and in the process a few milestones also created. Says Rahul Patil, a second time Full Marathoner (42kms), “I am happy that I could finish the run in 5hours 08minutes as against last year’s 5 hours 51 minutes but I am more ecstatic about easily crossing the INR 1 lakh target that I had set for myself.”

In the case of 15-year-old Isha Jain, the youngest Isha fundraiser, it all began with a visit to Isha Vidhya and her interaction with the bright stars of the school. She promptly signed up as a fund-raiser by registering as a Dream Wizard (pledging to raise Rs 0.5 million and running the 7 kms run). She reached out to all her friends as well as many of her parents and grandparent’s contacts. She relentlessly followed up with each of them and accepted whatever amount they were willing to contribute to achieve her target. For her 16th birthday(on the day of the marathon), she appealed to her family and friends to contribute towards Isha Vidhya instead of giving her gifts. Thanks to her persistent efforts, Isha raised over INR 6 lacs.

While each volunteer’s story is motivational and unique, every story conveys their mental/physical resolve in reaching their ultimate goal – making a difference (however small or big) through a potent tool called education. According to Rajeswari Kesavan, coordinator and participant in the Mumbai marathon for the last four years, “The momentum has been tremendous and infectious. There were many more volunteers who raised funds for Isha Vidhya this year – by reaching out to their friends, colleagues, family.”

Heartening to note this year, the response from volunteers as well as from the corporate sector has been better than ever before, with a healthy spurt in the number of donation targets set (and met) by Isha volunteers. Consequently, the collections have substantially upped since last year. While it may be a while before the final count is out, the Isha Mumbai team expects to touch the magic figure of INR 1 crore.

None of this would have been possible without Sadhguru’s grace and inspiration to transform the lives of the children of rural India. We’d like to thank all those who participated in making this a success.

Rs. 60 Lakhs Raised for Isha Vidhya through Mumbai Marathon Over 200 Isha volunteers from... 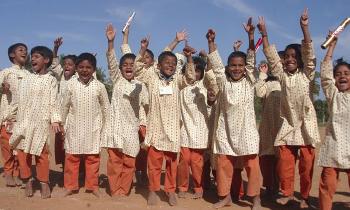 Isha Vidhya, the rural education initiative of Isha Foundation, is constantly on the look-out...

Support us in winning the “Spark the Rise” grant and help us educate 7500 rural children...