300,000 students from 450 schools planted 900,000 saplings in Salem, as part of the Green School Movement, initiated by Project GreenHands (PGH).

300,000 students from 450 schools planted 900,000 saplings, as part of the Green School Movement, initiated by Project GreenHands (PGH) in collaboration with the Tamil Nadu Educational Department.

As the Earth reels under the devastating impact of human activity, communities on every continent are experiencing declining water quality, soil degradation, climate change and biodiversity loss. Trees are important contributors in the battle to minimize climate change but unfortunately, the balance is tilting against trees today.
However, the students of the Salem district in Tamil Nadu did their best to tip the balance a bit towards a healthy environment on January 5th 2015.

300,000 students from 450 schools planted 900,000 saplings, as part of the Green School Movement, initiated by Project GreenHands (PGH) in collaboration with the Tamil Nadu Educational Department. Launched in 2011, Green School Movement aims to create green consciousness among school children by involving them in sapling production and plantation. Environmental conservation is delivered as an experience that is deeply imprinted in each child’s mind, rather than as part of the curriculum. In the last 4 years, the project has involved 7.30 Lakh school children from more than 1,516 schools in Coimbatore, Erode, Trichy, Krishnagiri and Pondicherry to plant 22.76 Lakh saplings. Children are involved in all the nursery activities starting from sowing seeds, filling pockets, transplantation, watering, weeding, and so forth, until the actual planting of the saplings.

This year, Green School Movement was launched in Salem district in August. Over the last 5 months, PGH has been working with the National Green Corps in 450 schools, offering these children training in preparing the soil, caring for the seed, and raising the sapling. Surveys conducted by the PGH team have been keeping track of the project’s progress. Children from each school are ready to seetheir saplings take root into the Earth.

After PGH’s Guinness World Record in 2006, for planting 852,587 saplings in three days, this is the project’s next big event.

Elavarasan, a ninth standard student at the Government Higher Secondary School, Savuriyoor, expressed what this project means to him. “We filled covers with soil, sowed seeds in them, watered them at regular intervals, and weeded and maintained the saplings. It is such a joy to see the saplings grow with each passing day.”

Another eager student P Kauppusamy has gone a step further with his friends and started his own nursery for the project. “I asked my parents if we can grow saplings in a small nursery in our farm. My friends and I, with other students in the Eco Club, have been doing various activities such as watering, weeding, and maintenance on turn basis, so that we all know the steps involved in preparing the saplings. Now that the saplings are ready, we will distribute them to school students, teachers, and villagers, who will pledge to protect the saplings.”

On January 5th, the saplings were planted in pre-identified locations, such as residential homes, government and private school premises and government buildings. A day before the event, saplings were taken by children for planting in their homes. On the morning of January 5th, children planted the saplings in their homes before coming to school. After the morning assembly, the remaining saplings were planted in the school premises. All planting locations were documented, which will be used for surveying survival rates in the following years.

An awareness rally was held on January 3, and the saplings were taken home by students. January 4 saw several preparatory activities taking place in the planting locations.

At the culminating ceremony, Sadhguru and the Honorable Governor of Tamil Nadu, Dr. K Rosiah planted the last sapling. This was followed by keynote addresses from several dignitaries and a presidential address by Sadhguru. Sadhguru, the founder and inspiration behind PGH explained why a grassroots movement of this sort is so essential at this point of time. He explained that this movement could not be called re-forestation, as the saplings were planted on private land, to increase green cover in the state. This ensured that they were cared for and the survival rate for the saplings reached a commendable 68%. Sadhguru also expressed his wish that the Green School Movement becomes larger in Tamil Nadu, so that the rest of the nation responds in kind.

Following Sadhguru’s speech, there was a prize distribution for the poetry and painting competition that students participated in. Then the Honorable Governor of Tamil Nadu, Dr. K Rosiah praised the dedication of the students, PGH volunteers and officials of the Education Department. He spoke about the disastrous effects of climate change and commended Isha’s endeavor to create an ecologically conscious next generation.

The initiative has also been lauded by several well-known luminaries as well. Ad Guru PrahladKakkar said, “20 million saplings, an impressive number by itself, and more impressive because the project has become a movement, carried by the people, schools, farmers, families, and supported by corporates and individuals who have realized the importance of acting in a constructive, efficient and cost effective way.”

Former DGP and social activist Kiran Bedi said in a statement, “It is heartening to see the younger generation become environmental caretakers. This project is a true example of environmental conservation happening at the grassroots level.”

Update: The planting of 900,000 saplings by students was to happen in a single day. However, the 900,000 saplings were planted over a three-day period. Due to practical considerations, some students planted their saplings a day or two earlier.

This article was temporarily offline between 18-25 November to make these corrections. We apologize for any inconvenience caused. 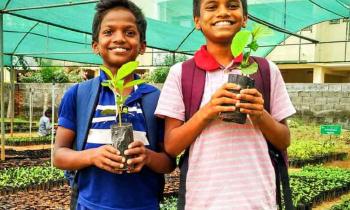 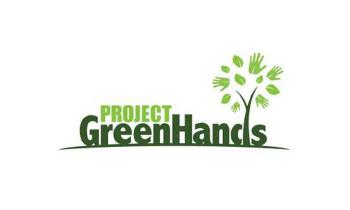