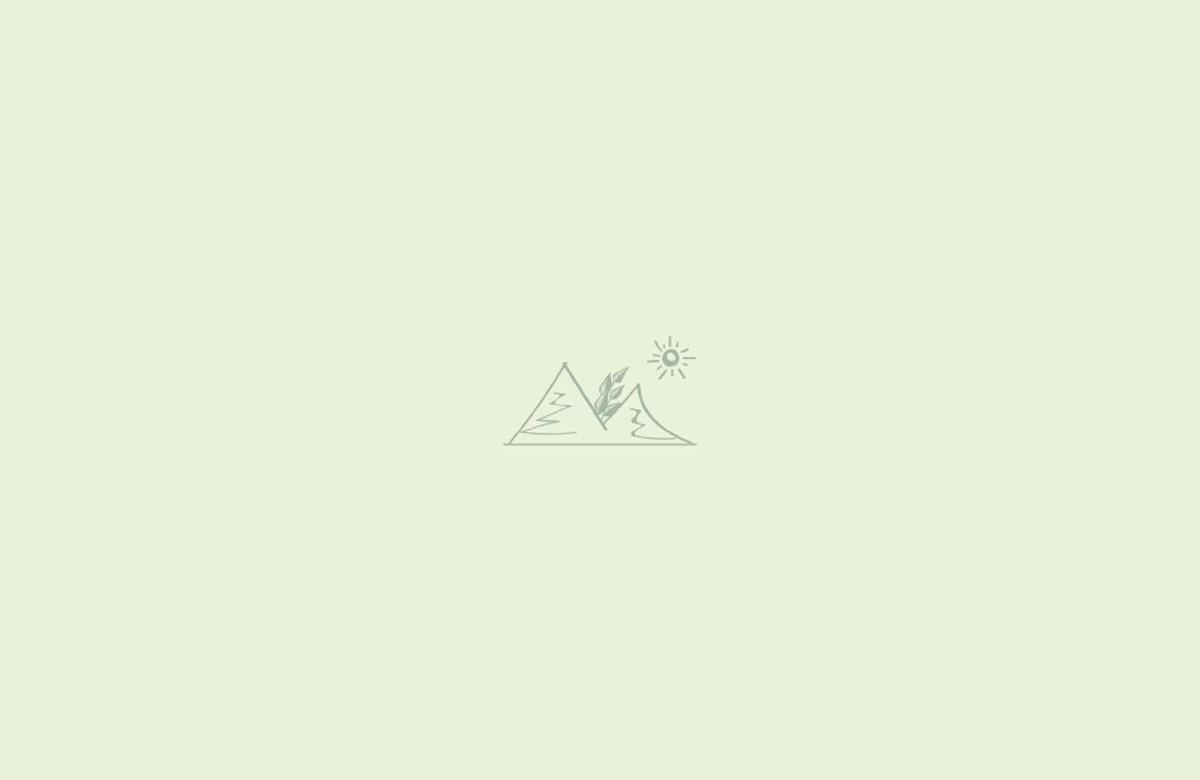 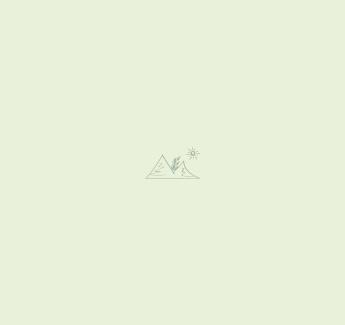 The simplest way to make Cauvery flow again is to plant trees. Make your contribution online to save Cauvery.

Become a fundraiser and action your friends and family into planting trees for Cauvery!

"Cauvery has been the source of wellbeing, prosperity and the very source of life for these lands. A forest-fed perennial river is fast becoming a seasonal stream as 87% of tree cover has been removed in 50 years. Cauvery is calling, do you have a heart to hear?" – Sadhguru

Cauvery Calling is a first of its kind campaign, setting the standard for how India’s rivers – the country’s lifelines – can be revitalized. It will initiate the revitalization of Cauvery river and transform the lives of 84 million people.

Cauvery Calling is a movement that has germinated from a seed that was planted 23 years ago.

In 1998, a team of UN experts predicted that by 2025, nearly 60% of Tamil Nadu would become a desert. That this rich land, which has been farmed continuously for more than 12,000 years, could become a desert seemed inconceivable to Sadhguru, who, in his own words, doesn’t like predictions. Sadhguru decided to drive around Tamil Nadu to assess the situation himself. He knew then that we might not even make it to 2025... not only had small rivers dried up and homes built on their riverbeds, there was not enough moisture in the soil for even palm trees – typical desert vegetation – to survive. It was evident that rampant loss of tree cover was rapidly leaving the once-rich soil barren and turning the land into desert. It was at this point that the blueprint to bring back green cover and turn the tide for our Soil and Water was conceived.

The initial years were spent in creating a core group of people with a deep understanding and concern for the environment. The very first activity we engaged in was to green our own backyard. The glorious Velliangiri Hills, which form the backdrop of the Isha Yoga Center, had been stripped bare, brown from years of illegal timber trade. Under Sadhguru’s guidance, a few hundred volunteers joined forces. Over 22 days, using simple implements, they went up these hills and sowed close to six million seeds of native species. Today our Velliangiris are moist and green right through the torrid summer months. This momentum segued in 2002 into Vanashree Eco Center, a volunteer-driven tree planting initiative.

With desertification looming over the state, Sadhguru conceived and communicated the plan for Tamil Nadu to meet the national aspiration of 33% green cover. He estimated that close to 114 million trees would be needed to be planted across the state to achieve this goal. People around Sadhguru were flabbergasted: at the time, this felt like an impossibly ambitious task.

Sadhguru first set about “planting trees in people’s minds” – the most difficult of terrains! Leading people through experiential processes where they were able to perceive how intimately our lives and our life-breath are connected to trees, Sadhguru opened their hearts to the vital need for restoration.

Project GreenHands (PGH) was launched in 2004 and, in many ways, it was the pilot and the proof-of-concept for the massive work that is underway today. PGH had many largescale initiatives such as the Green School Movement and Trees for All to involve young, school-going children and the general public. It also had intensive programs to collaborate with Farmers, including the Isha Agro Movement, based on the principles of organic farming, and Trees for Life, an initiative based on the agroforestry model. In all, 38 million saplings were delivered through Isha nurseries and these projects facilitated close to 70,000 farmers into some form or degree of tree-based agriculture. For these phenomenal efforts, and a Guinness record for the largest single-day tree plantation drive, Isha received India’s highest environmental award, the Indira Gandhi Paryavaran Puraskar, in 2010.

Heartening as these achievements were, they still lacked the scale required to reverse the disastrous course we had set for India’s Rivers through our collective mismanagement. What was needed was drastic, wide-reaching awareness, a redirection of National Policy and urgent action on the ground. Sadhguru stepped forward to inspire this revolution. In 2017, leading the month-long ‘Rally for Rivers’ through 16 Indian states governed by parties across the political spectrum, garnering the support of 162 million people, Sadhguru arrived in New Delhi to present to the Prime Minister a 761-page report titled Revitalization of Rivers in India: Draft Policy Recommendation. This intensive and exhaustive document – prepared with inputs from various experts from diverse fields relating to forestry, soil, agriculture, governance, finance, corporate, education and development – was taken up for study and action with tremendous alacrity by the Union Government. Under the aegis of the NITI Aayog (a policy think tank of the Government of India, established to achieve Sustainable Development Goals), an Inter-ministerial Committee of government secretaries and experts evaluated the draft policy in detail, and then went on to issue a policy advisory to all 29 state governments about the principles and policies relating to river revitalization. Things started to look up when several state governments across the nation began to implement these recommendations.

In the summer of 2019, the city of Chennai was hit by a water crisis of horrifying proportions. As with so many of India’s large riverine systems, Cauvery, the lifeline of southern India, was rapidly dying. This crisis, in conjunction with several allied issues such as poor soil health, cycles of flood and drought, the resultant farmer distress and migration, was creating a situation of growing despair. Immediate action was called for.

At Isha, we were already aware that a large-scale demonstration of the recommended model of eco-restoration was vital to its widespread adoption. Therefore, when this crisis presented itself, it was the cue to embark on our mammoth on-ground demonstration for River Revitalization through the ‘Tree-based Agriculture’ model. Cauvery Calling – the World’s Largest Farmer Driven Eco-Movement – was launched.

The ambition is to enable 5.2 million farmers to plant 2.42 billion trees in the Cauvery River Basin in a span of 12 years. We are facilitating the farmers in a multi faceted way to adopt tree-based agriculture, and eventually bring one-third of the basin under tree cover. From the preparation of quality saplings to ensuring farmer uptake; from farmer education to farmer support; from engaging with governments to bring about required policy redirections and incentives to support farmer to adopt this model to roping in allied NGOs – we are working at every conceivable level to scale up this movement. This has included working extensively with the Union Government and the concerned State Governments -  leading tangibly to several policy reforms. These reforms cover a broad range of aspects affecting the farmer  - from reforms in agricultural practices at one end, to helping make Farmer Producer Organisations (FPOs) viable and giving them tax incentives, at the other.

The most fantastic part of this journey has been that we have succeeded in bringing together all stakeholders from every section of society including farmers, scientists, civil society groups, state governments, the citizens and the media, and inspiring them focus their energies on a common ecological goal. For the Farmer, it is a highly lucrative economic model with significant ecological benefits. For the State and Citizens, it is a double win.

The stream of action is widening evermore. The impact we have already seen in the pilot years in terms of soil quality, groundwater sequestration, improved farmer income and the benefits of increased green cover, are all on road to being demonstrated exponentially with this massive on-ground movement. The vision is to establish a blueprint for Tropical River Restoration that can be replicated and implemented across the planet. The idea is to innovate, demonstrate, amplify and inspire Planetary Scale. Already, the Ministry of Environment, Forest and Climate Change, Government of India, has prepared Detailed Project Reports on rejuvenating 13 of the country’s rivers based on a like model. This confluence of effort, scientific understanding and upsurge of Human Consciousness – this is the goal of the Cauvery Calling Movement.

In this gargantuan endeavor, we hold an open door to anyone who wishes to work and support to make this happen. Individual human beings, governments, corporations, organizations, international entities – we seek, and welcome, and value your support. The true fruition of this project would be in Humanity coming together to aid and amplify its success.

Help Us Reach Our Goal

2.42 Billion Trees
Trees Contributed Till Now*
*Includes 3.08 crore sapling in-kind contribution from government and other nurseries.
*The Cauvery Calling project is an initiative by Isha Outreach. It is not a project by the Government of Karnataka. It is also clarified that the saplings planted as a part of the Cauvery Calling project are planted in the lands belonging to farmers and not in Government lands.
Donate
Become a Fundraiser
Know more about this campaign

What You Can Do

Support farmers to plant trees. Make your contribution to save Cauvery.
DONATE

Tell the world that you want to make a difference by starting your own campaign.
GET STARTED

Support us in awareness generation, at events and more.
REGISTER

Thanks to our Donors!

Keep in touch
Get the latest Cauvery Calling updates delivered to your inbox. 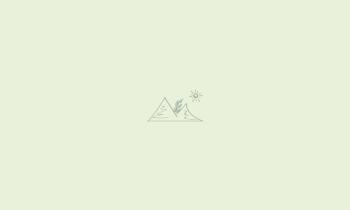 Across India, our rivers are drying up. This has lead to a flood of problems including ongoing...

We have caused our rivers to go dry and lose their way. Are we losing our own way too? Will we...