Citing the success of agroforestry initiatives from around the world, Prof. Harikrishnan explains why Cauvery Calling is important in the Indian context.

What is Cauvery Calling?

The Ecological relationship between tree plantations, soil, groundwater availability, greenhouse gas (GHG) emissions and climate change is a strong fascinating one to study and understand. In the recently concluded World Economic Forum (WEF) in Davos 2020, sustainability of the environment was a widely discussed topic by experts across the globe. This article focuses on the aspect of the ecological relationship highlighted and its close relationship with environment sustainability, using the case study of the community impact project, Cauvery Calling, initiated by the Isha Foundation, Coimbatore, India.

Cauvery Calling promotes agroforestry or tree-based agriculture on private farmlands located in the Cauvery river basin. The river basin has been subjected to deforestation of up to 87% over the past few decades, primarily due to uncontrolled urbanisation. As a result, the soil associated with the basin has been impacted by excessive exposure to the sun, drying due to lack of adequate tree cover, moisture content loss, microorganism loss and nutrient depletion. In addition, torrential rains have resulted in significant soil erosion due to the loose topsoil in the basin, thereby depriving the soil’s capacity to absorb rainwater which eventually percolates to fill the aquifers. When aquifers are not recharged, ponds, wells, lakes and rivers tend to run dry as they are fed by the aquifers. It is well known from prominent scientific studies that agroforestry helps to mitigate ecological degradation by improving soil-water retention, absorption capacity and groundwater recharge.

While looking into the terminology aspects, the concepts of agroforestry and afforestation seem pertinent.Agroforestry is the intentional incorporation of trees into farming systems that has been practised for hundreds of years in various parts of the world. Afforestation (plantation forestry) is the planting of trees on land, typically agricultural, that has not been forested for over 50 years (also referred as barren land). According to the 1997 Kyoto Protocol, agroforestry has been recognised as an afforestation activity, when block planting of trees has been involved. The Cauvery Calling initiative comes under the umbrella of agroforestry, though, based on several scientific studies and reports, the terminology of afforestation may be applicable as well. The initiative strives towards a scientifically validated and practical solution to holistically resolve the ecological and environmental crisis subjected to the agricultural landscape along the course of the river Cauvery, which has nourished the south Indian civilizations over thousands of years in its resplendent flow.

Afforestation is the practice of sowing seeds or planting trees, in a barren land that is devoid of any trees to create a ‘new’ forest. Typically, it has been propagated by government and non-government agencies of many countries to meet the demand for fuel and building developmental requirements, as an alternative to cutting down the natural forests and therefore, avoid over-exploitation of natural vegetation as well as a climate mitigation option. Afforestation ensures trees and plants that hold the soil in these sensitive areas remain protected.

Agroforestry is the practice of planting trees along with agricultural crops in farmer owned farmlands. It also has favourable implications such as, maintaining agricultural production, enhancing carbon sequestration, balancing emissions of other GHG gases, like nitrous oxide and methane, by adaptation of crop choice and production. In addition, the incorporation of trees into predominantly agricultural landscapes has environmental benefits including enhanced soil conservation, nutrient management and water quality.

Deforestation is the practice of cutting down of trees, usually in the forest, for developmental requirements. It can also lead to the depletion of trees in water catchments and riverside zones. Reforestation is the practice of planting trees to replenish an existing forest, that has been subjected to exploited for developmental requirements decreasing numbers of trees. Sowing seeds, planting trees and creating forests address many of the agricultural produce based commercial needs of human beings, while enhancing the ecological balance that is already present.

Various practices of tree plantations discussed so far have evolved over the centuries. As part of the land ownership and land use transfer between public, government, industry and other entities, many countries have introduced the concept of afforestation in farmer-owned farmlands. Recent studies have also confirmed the inter-changeable use of afforestation and agroforestry terminologies, and their practice in farmer-owned agricultural lands. In terms of the environmental benefits, planting trees (by afforestation, agroforestry or reforestation) is always beneficial, no matter whether it takes place in a barren land, farmland or a depleted forest.

If done with proper planning and at appropriate sites, tree plantations can become a commercially viable solution for many human needs without harming the balance of nature. In addition to enhancing potential carbon sequestration and reducing GHGs, the incorporation of trees into predominantly agricultural landscapes has environmental benefits including enhanced soil conservation, nutrient management and water quality.

As far as India is concerned, afforestation and agroforestry initiatives from the Government of India (GOI) are not new. “As of 2014, according to the GOI policy report, agroforestry has been practiced on 13.5 million hectares in India, and an estimated 65 per cent of the country’s timber and almost half of its fuel wood come from trees grown on farms. It is believed to reduce rural unemployment, with timber production on farms generating 450 employment-days per hectare per year in India. Other driving forces are climate change mitigation and adaptation. In the 2018-2019 budget, the Union Ministry committed to afforestation and green cover enhancement schemes to support the environment sector.

Few other examples from across the world in the last few decades are highlighted below.

Why is Cauvery Calling important in the Indian context?

The Cauvery Calling initiative in India is an attempt to address the aspects of ecological balance and environmental sustainability discussed so far. There are several other credible institutions working towards ecological restoration; however, it appears that Cauvery Calling is unique in two aspects:

In the global scenario, adoption of agroforestry practices in farmer-owned agricultural lands has been widely accepted keeping in mind the benefits to the rural economy through timber supply, crop diversification and manufacture of bio-based products. In India, trees were an essential part of every farmland until 50 years ago. With continuous population growth, in pursuit of urbanisation, ecology and environment have been compromised. Unsustainable practices have resulted in lack of enough tracts of land to create new forests and plantation landscapes through afforestation. Predominantly analysing the Indian subcontinent, the only land available for rapidly increasing tree cover in order to revive the practice of ecological and environmental sustainability is agroforestry on farmer lands, as proposed by Cauvery Calling.

Several R&D studies on agroforestry and afforestation systems and their impact on sustainable economic opportunities for the farming community, environmental impact on soil, ground water, climate conditions and CO2 sequestration have been reported. India, being an agricultural focus nation for thousands of years, similar studies on agroforestry and afforestation systems using modern technologies need to be encouraged more.

A National mission and vision to support field scale R&D and stakeholder coordination in the use of agroforestry systems on agricultural land for the purposes of enhancing agricultural production and economics of livelihood (costs and benefits of afforestation and agroforestry practices), soil-water health and dynamics, carbon sequestration, mitigation of GHG emissions, and other benefits needs greater encouragement.

Initiatives such as Cauvery Calling become significant with the aim to revive similar river basins, not only in India, but also across the world, that face similar ecological challenges as the Indian subcontinent. The practical viability of the initiative, as discussed so far, is aligned well with the proven global practices and reported studies in agroforestry and afforestation. Soil-water dynamics, groundwater or aquifer recharge and their relation to tree plantations and the economic benefits of agroforestry plantations proposed by Cauvery Calling shall be discussed in a forthcoming article in this series.

About the author: Dr. Harikrishnan Ramanan is an Associate Professor of Chemical Engineering at the Indian Institute of Technology (IIT) Tirupati. He has about 24 years of professional experience across various disciplines of chemical engineering and materials sciences including Water and wastewater treatment, Membrane separations, Additive manufacturing (3D printing) and Semiconductor chip attach processes among others. He served in leadership roles in the R&D divisions of Intel and GE Water.

Disclaimer: The views and opinions expressed in this article are those of the author and do not necessarily reflect those of any institution or organisation.

Rivers meet one-third of the total irrigation and 20% of the drinking water needs of the... 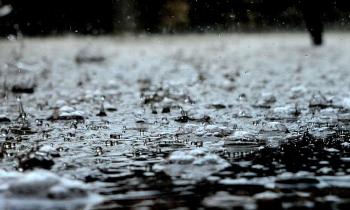 With city after city falling prey to acute water crisis, it is natural for us humans to assign...