How Rally for Rivers led to Cauvery Calling

The Rally for Rivers campaign successfully raised awareness about the plight of India’s rivers. It is time for Action NOW with Cauvery Calling.

Sadhguru: Rally for Rivers was purely an awareness campaign to get people’s support to change the policy of how we treat our rivers. I personally drove 9300 kilometers in thirty days. In those thirty days, Rally for Rivers and myself were reported extensively in the media. I spoke at 142 events along the way and gave over 180 interviews.

The whole idea was for it to become a national movement. Nobody realized this at the time. Some people thought I was simply driving from Kanyakumari to the Himalayas. No, the purpose of the rally was to generate awareness in people. 162 million people supported the campaign in just thirty days. This is the largest number of people to support any one movement in just thirty days, anywhere in the world.

The Voice of the People 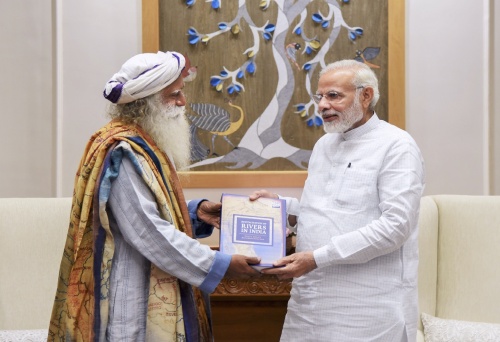 Once there was such support from people, the government could not ignore it. We presented the 760-page Rally for Rivers recommendation to the Central government. Approximately sixteen hours after I gave it to the Prime Minister, he set up a special committee to look at the recommendations.

Then it went to the NITI Aayog, which is India’s planning body. They put it through the scientific test, which took two-and-a-half months. Once they saw that it passes all that, they made it the official recommendation for all the twenty-nine states in the country.

It has never happened in the history of independent India that the government actually put a private organization’s name on a policy. But they did it with the river revitalization recommendation because they saw the magnitude of what we have done.

Chief Ministers personally participated in the events. This is very important in a democracy. If there is massive support from people, the government will take it seriously.

Rally for Rivers to Cauvery Calling

Cauvery Calling is very different from Rally for Rivers. Rally for Rivers was an awareness campaign to change the laws, which we have achieved. Now, we are talking about action on the ground.

We have another ongoing project in Maharashtra, in the Yavatmal region, which is unfortunately known as the farmer suicide capital of the country.

The project is on a fifty-four kilometer river called Waghari – a sub-tributary of Godavari. We have taken up this hands-on project, which has been approved by the state cabinet and we are working with the government to change the situation. Our volunteers are on the ground, living and working there.

These are three levels of projects, which was always the plan. This was in my mind even before we did Rally for Rivers. It is just that I start talking to our people only when I see that there is a possibility of execution.

If we successfully pull this off in twelve years’ time in Cauvery basin, this will be a game-changer for the nation and for the tropical world.

Today, we clearly know that we can execute Cauvery Calling. We have a board with the former ISRO chairperson, the CEO of World Wide Fund for Nature - India, a former Supreme Court judge, the chairperson of Biocon Ltd, the topmost water expert in the country, and the person who started the whole Farmer-Producer Organization movement. We have the most eminent board in the country. We have a hundred dedicated volunteers who are working full-time on this. So we are well-equipped to make it happen.

But unless the government gives incentives to farmers, it will not work. Fortunately, both the governments of Karnataka and Tamil Nadu are looking at it favorably because the amount of finance that is needed is very meager. The money is already allocated to various schemes. It just needs to be reallocated.

Our gratitude to the Chief Minister and Government of Tamil Nadu for their decision to give subsidy support to Tamil farmers for shifting to Agroforestry. This is a gamechanger for farm distress and water crisis in the state. Let us make it happen. -Sg @CMOTamilNadu pic.twitter.com/cpplOMFia9

Deepest gratitude and regards for Hon'ble Chief Minister of Karnataka for his support to #CauveryCalling. -Sg @BSYBJP @CMofKarnataka https://t.co/m8vK14bmMt pic.twitter.com/asxXK6VtpT

Cauvery Calling is essentially an economic plan for the farmer and an ecological plan for the country. Cauvery is only the first step. If we successfully pull this off in twelve years’ time in Cauvery basin, this will be a game-changer for the nation and for the tropical world.

During the Rally for Rivers, I happened to be at Sabarmati Ashram. One of the major events in the Freedom Movement was the Dandi March. How many people do you think walked the Dandi March? Just seventy-two people. Mahatma Gandhi turned it into a national movement with just seventy-two people – when there were no modern technologies or social media!

At that time, there was an external oppressor. It was a clear-cut enemy. We knew who to fight. But today, when it comes to rivers, we are the oppressors. All of us are party to this destruction. This needs a much bigger movement than a freedom movement because the enemy is within. It takes much more force, sincerity, honesty and incisive action because the enemy within does not exit so easily.

How I saw Cauvery fifty years ago, the glorious clean wonderful Cauvery, in the next twenty five years, we want to offer that kind of Cauvery to our children. If we don’t make this happen, we are a wasteful generation. I don’t want that to happen to us.

Tags
Rally for Rivers
No Comments 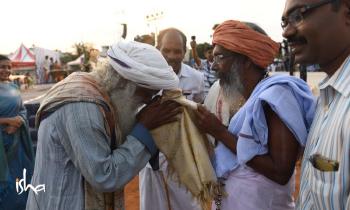 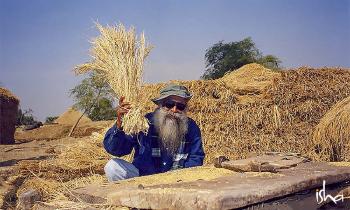 Sadhguru examines how agriculture is practiced today in India, and explains what it will take...