India’s education scenario has steadily improved over the last few decades thanks to initiatives by the government, NGOs and concerned individuals. Surveys and statistics reveal a steady growth rate in student enrolment and the number of schools. For example, the literacy rate increased to 74% in 2011, from 52% in 1991. The number of primary schools increased by 45% from a little over 550,000 in 1991 to over 800,000 in 2008. As of 2007, there was a primary school within 1 kilometer of an estimated 95% of the rural population.

While these statistics paint a hopeful picture, another set of statistics change the context completely. A recent global student assessment placed India 73rd out of 74 assessed countries, despite the fact that India fielded students only from two of its top states in school education – Tamil Nadu and Himachal Pradesh. A shortage of 1.2 million teachers cripples the education system. In Tamil Nadu, 10% of 3rd Standard students cannot read alphabets, and over 20% cannot read words.

It is this scenario that Isha Vidhya seeks to change, especially in rural areas. The rural education initiative of Isha Foundation provides high-quality school education to underprivileged rural children, who cannot otherwise access or afford it. Isha Vidhya schools are creating a bright future for over 4,000 rural children – many of whom are first-generation school-goers. Isha Vidhya is committed to ensuring that economic constraints do not deny a child a good education. Students who can afford to – around 40% of them – pay a nominal fee. The remaining 60% of the children are supported by full scholarships funded by individual and corporate donors, which cover tuition, books, noon-meals and school bus facilities.

Last week, on 26th December, the new premises of the eighth Isha Vidhya school was inaugurated by Sadhguru and Dr. Prathap C Reddy – founder of Apollo Hospitals Group. This is the first Isha Vidhya School in Andhra Pradesh – located near the village of Aragonda. The school had been operating from rented premises since June 2012, but will now move into its new building financed entirely by Apollo Hospitals. The school now includes new classrooms, a computer lab, as well as school bus and van facilities for the 135 students so far enrolled, from Lower Kindergarten to the 2nd standard. Most of the kids are from nearby villages, and many of them are the first members of their impoverished families to receive any schooling.

Dr. Prathap Reddy, a celebrated cardiologist, entrepreneur and receiver of the prestigious Padma Vibhushan award, spoke during the inaugural ceremony about the pressing need for the Isha Vidhya endeavor, and pointed out what a great opportunity this was for the people of Aragonda. Sadhguru then spoke about India’s past glory and highlighted how this diverse nation has always been bound by a strong cultural thread. He brought to attention the fact that India as a nation is poised on the threshold, and it is up to us to carry the nation forward.

Visit Isha Vidhya if you would like to support this educational endeavour. 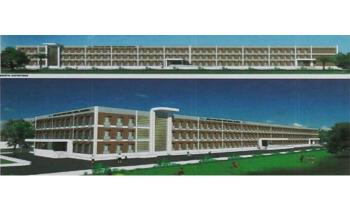