For the first time Isha Vidhya children stepped out to perform in public at the start of Navratri. Navratri is a ten day festival celebrated…

For the first time Isha Vidhya children stepped out to perform in public at the start of Navratri. Navratri is a ten day festival celebrated in large parts of India culminating in Dassehra.

A last minute substitute for phenomenal “Sounds of Isha”, their performance delighted the weekend crowd at Brooks Plaza, the biggest mall in Coimbatore city and a few spectators even stepped on the dais to dance alongside them.

Children performed classical dance forms like Bharathanatiyam, Kummi, Bhangra, Garbha and Baduga. Their spirited show drew large crowds, including shopkeepers and staff. Tiny tots in colourful costumes, dancing not just to music but an inner exuberance enthralled everyone and kept them rooted to their spot.

The dancers were not the only ones who glittered in the limelight. Two of the Isha Vidhya kids stole everyone’s heart with their announcements of the events, even though popular radio jockeys were also compering. They received huge applause for their style and simplicity.

The Plaza owner shared that after Isha Vidhya kids’ performance, they had to ensure that the other Dassehra events maintained the same energy and intensity. He thanked Isha Vidhya school for lighting the festival mood. 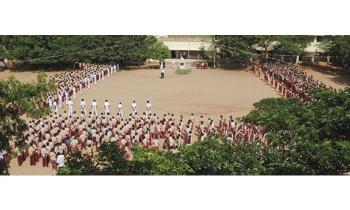 In collaboration with the Chief Education Officer, Isha Outreach has taken up this project of... 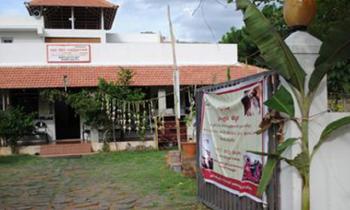