With over 60% of the underprivileged students at Isha Vidhya studying on scholarships, many of them coming from difficult backgrounds that go beyond financial issues, education is their only ray of hope. Read about the endeavors of students who are driven by what the future holds for them while being thankful for the scholarship that facilitates their education.

Following in the footsteps of Kiran Bedi 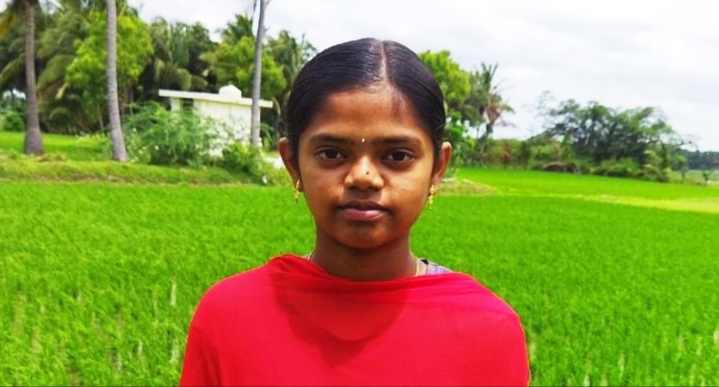 Devi joined Isha Vidhya Nagercoil in LKG. She lost her father in an accident when she was in Class 5. Her mother, M Chellam, is a school dropout and had no financial support from anyone. But, this didn’t shake her mother’s resolve to educate her children despite the dire straits they were thrown into – they slept hungry many a time. After a two-year struggle, her mother landed a job in a fishnet company and earns a meager Rs 5,000 a month. While her brother studies in a government school, Devi studies on a scholarship at Isha Vidhya.

Devi is now in Class 11, and over the years, she has done well in sports and has won prizes in athletics at the school and district level. She says that her motivating teachers, Yoga and the school atmosphere make her feel good and encourage her to strive to do well.

Devi admires the police service and is inspired by Kiran Bedi, the first woman IPS officer of the country, and wants to become a police officer like her. 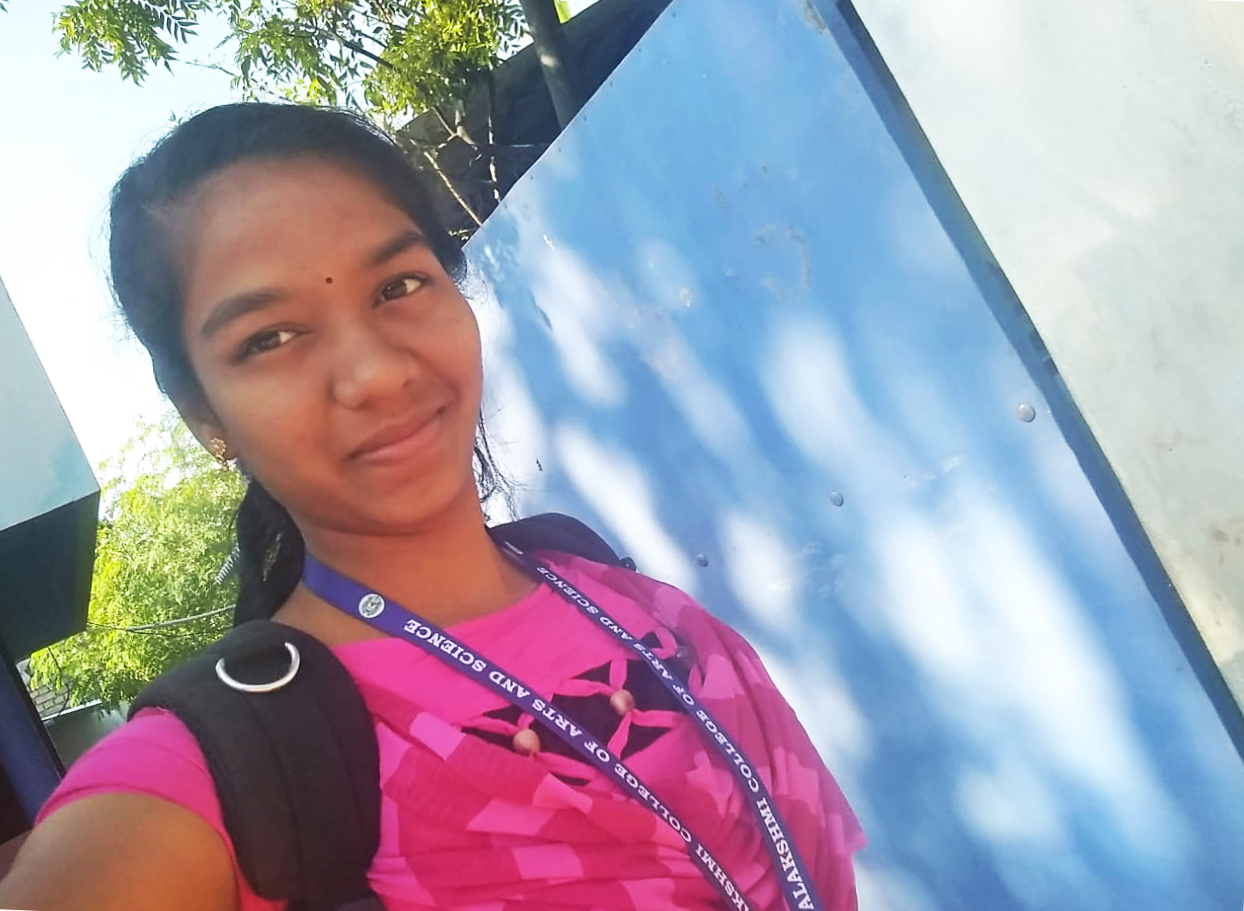 Thangamari, an alumna of Isha Vidhya Tuticorin, has strived to do well academically and was inspired by her school teachers to venture into the textile business. She studies BBA (Bachelor of Business Administration) at Raja Lakshmi College of Arts and Science.

All her efforts and aspirations are driven by her family situation. Her father is a daily wage earner who is unable to undertake strenuous work due to an old injury, so her mother puts in the effort to make ends meet. From childhood, Thangamari was deeply disturbed to witness her mother going door to door in the village collecting garbage to earn a living, but even that was never enough.

Thangamari’s parents were reassured in the knowledge that Isha Vidhya was the custodian for her education. Besides the scholarship, which gave her the confidence to strive and do well academically, Thangamari enjoyed Yoga, the discipline, the environment, and all of the celebrations at Isha Vidhya.

She’s all charged up to graduate and succeed professionally to alleviate her family’s standard of living.

“Isha Vidhya has made me confident.” 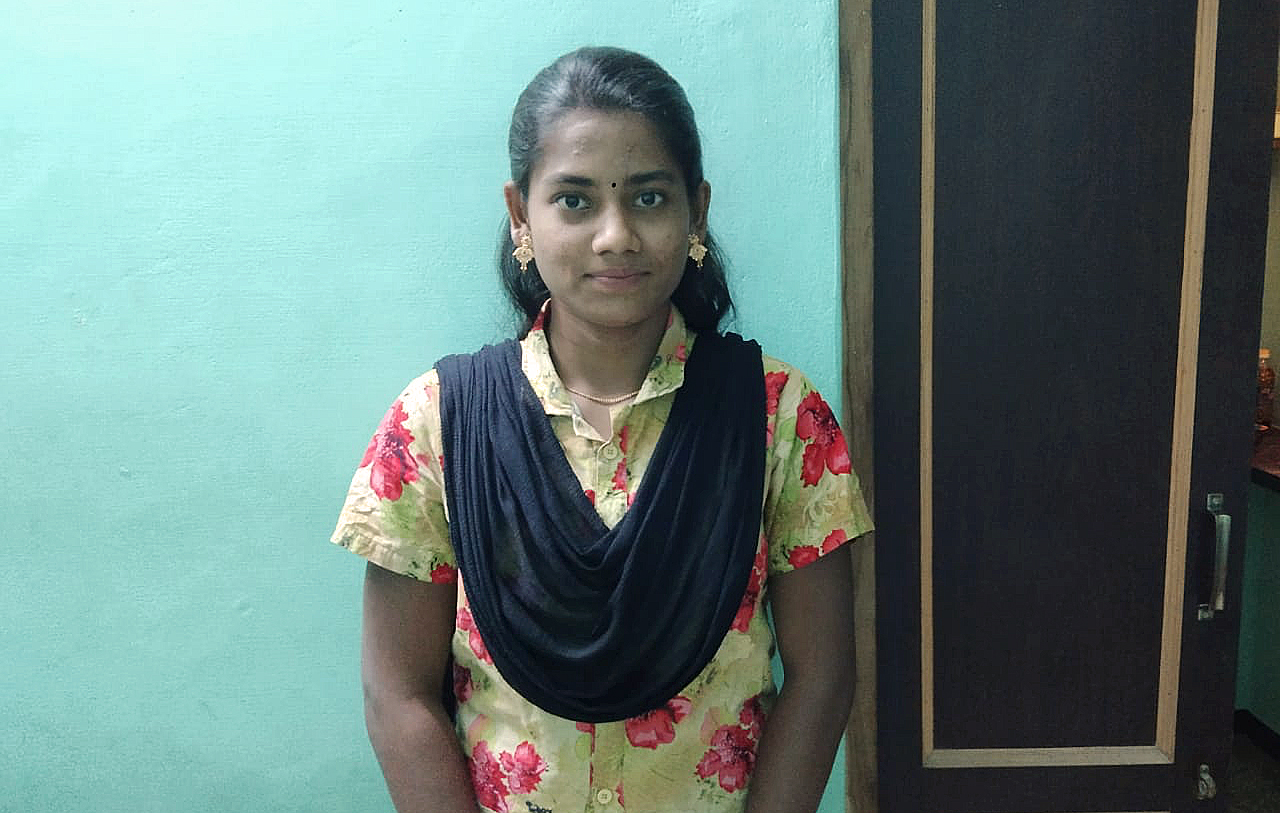 Deepasri and her younger brother study on scholarships at Isha Vidhya Dharmapuri. Her parents are uneducated – her father is a two-wheeler mechanic and her mother is a tailor, but both their incomes put together are insufficient to fund the education of the siblings.

This class topper is now in Class 10 and says that her teachers inspire her and have helped build her self-confidence. Deepasri’s teachers are pleased with her performance, especially her English teacher, who sees her as a curious and promising learner who is attentive in class and has no qualms about asking questions to clarify concepts and deepen her understanding.

Deepasri is grateful for the opportunities she gets to develop new skills every day through different activities, to maintain good health with Yoga, and also to exhibit her talent in sports. She has won prizes in athletics at the school and district levels and wants to pursue sports in college too.

She aspires to study B.Sc. in Nursing – inspired by the nurses she has observed at work in hospitals.

A doctor for the poor 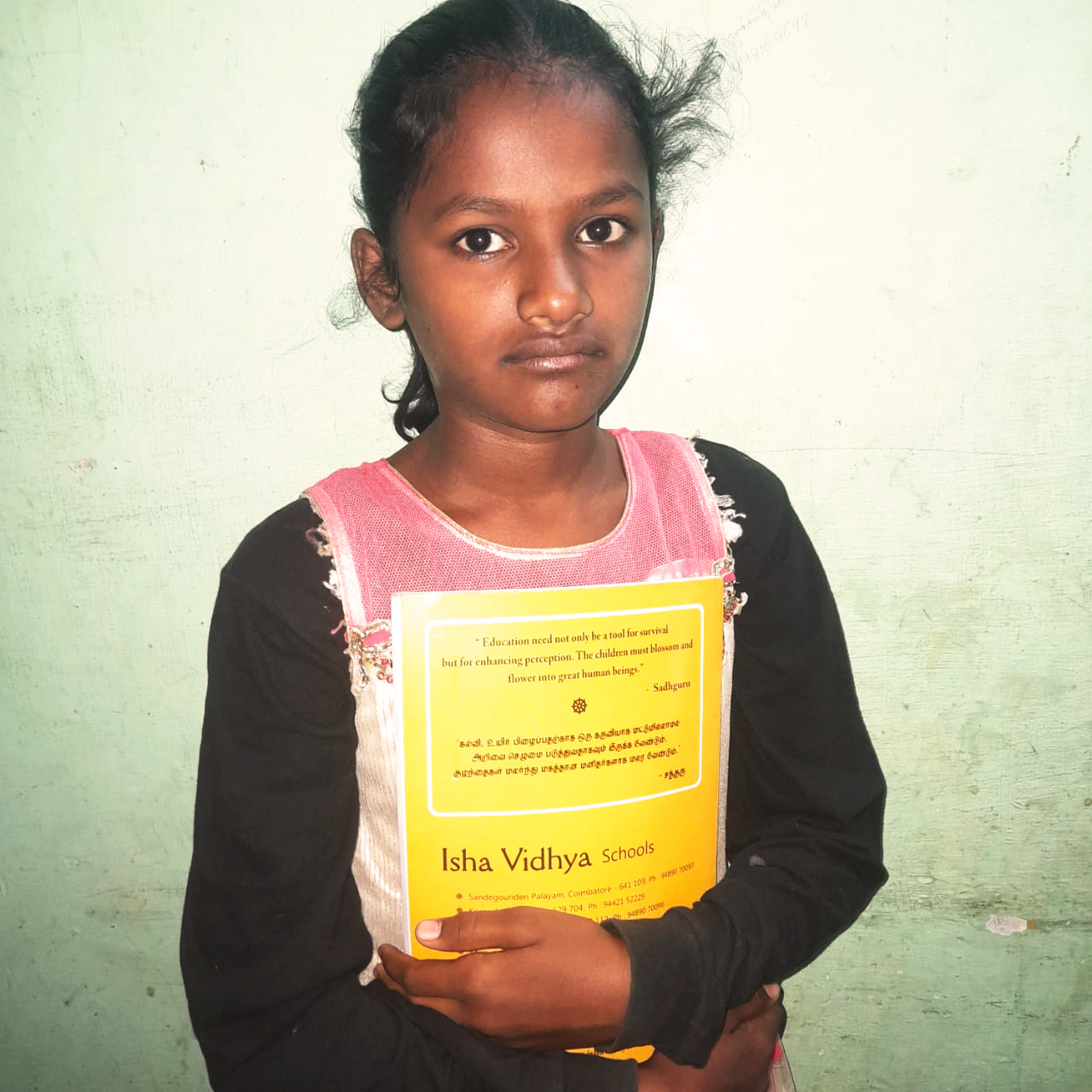 Harini, who studies on a scholarship in Class 7 at Isha Vidhya Dharmapuri, has trudged a difficult journey thus far. Her father was an alcoholic who habitually abused his wife, and was diagnosed with brain cancer but couldn’t be saved despite the family spending Rs 3 lakh on his treatment.

Her mother now runs a shop and also does tailoring from home to support her five children, but she is still unable to meet their basic needs.

While her siblings study at a government school, Harini excels at Isha Vidhya – she’s diligent and meticulous about her class work and homework, and she is an active participant in class discussions. She has won prizes in athletics at the school level.

Harini loves the computer and math classes and says that she is always trying to do her best at academics in order to please and support her mother. She wants to become a doctor – like the doctor next door - and work in villages to serve the poor. 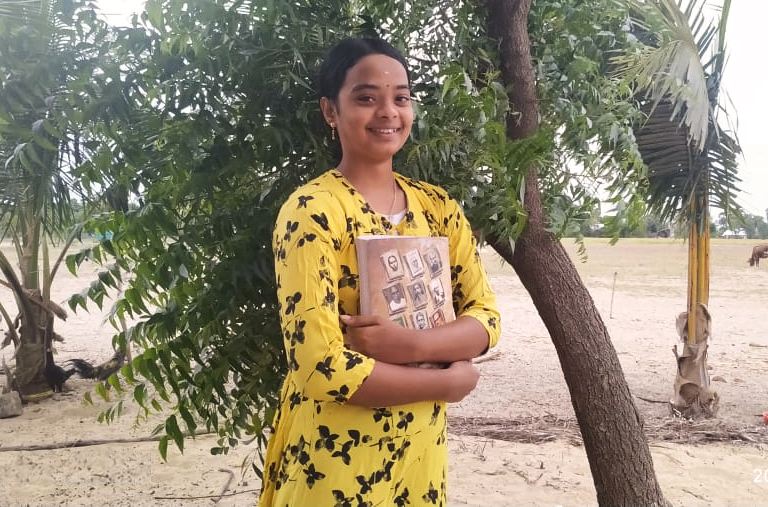 Amoga is a single-parent child - her father died in a road accident. With no support forthcoming from relatives, her mother took up a job as an Anganwadi worker in her village. As her mother’s meager income couldn’t support Amoga and her sister’s private-school education, they had to drop out.

The siblings were granted scholarships at Isha Vidhya Cuddalore - Amoga joined in Class 6 and has always been a class topper. She feels that she is driven to do well so that she can help her mother, which is why she’s always been a school topper. Amoga has just completed Class 12 with flying colors and is intent on excelling in studies to become an IAS officer and serve the people.

Amoga excels in oration and has won many prizes in oration, art, and athletics. She says that every time she wins a prize, it is a boost to her self-confidence and validates her belief that anything can be achieved with diligence.

Siblings who study in the same school often act as a beneficial influence for each other. For...

Many renowned professionals - ranging from an Indian Air Force pilot to an IPS officer, among...

Isha Vidhya alumni credit their alma mater and teachers for all their achievements. Today,...