When the call for help came from people affected by the Gaja calamity, Isha Foundation’s outreach was one of the first to respond.

When the Isha Outreach teams reached the "Gaja-struck" region of Pudukottai Taluk in Tamil Nadu a week ago, all they saw was devastation and hopelessness all around. Among other destruction, Cyclone Gaja has uprooted many coconut trees in its path, and since many of the farmers in the delta region are coconut farmers, the destruction has gravely affected their livelihoods.

Pained to see loss of lives and mass destruction from #CycloneGaja but administration’s preparedness and response must be appreciated. Farmers will need special support as crop and tree damage has been extensive. –Sg #TamilNadu https://t.co/wH5frMrmCZ

After a survey of the relief work that was most needed, the Isha Outreach team went back with two Isha Mobile Health Clinics (MHC). It is of note that Isha Foundation was one of the first nonprofit organizations to respond and act.

Government of TN should do all that can be done to alleviate suffering of Tamil people impacted by Gaja. Immediate revival of economic activity in the area a priority. -Sg @CMOTamilNadu #CycloneGaja https://t.co/rytMvkHTNp

On the 26th, MHC 3 was added to the brigade and has been serving the Thiruthuraipoondi regions of Tiruvarur, Keerakkalur, and Kurumbal and has served 466 patients so far.

.@IshaVidhya children prove that you do not need to be rich to be generous... They are donating the INR 20K they collected in their piggy banks via their initiative to #SkipTheSnacks throughout the year, towards #GajaRelief. Kudos to these big-hearted children! @GlobalGiving pic.twitter.com/zuZ4FPGvHy

Since there is a lot of water stagnation, preempting a dengue outbreak, the teams have been distributing Nilavembu Kashayam as a preventive measure, in addition to other treatments and medication.

From the initial state of utter loss and hopelessness, the Isha relief work volunteers were able to notice a slow but steady return of inner strength and hope among the victims. Two days into the relief operations, some of the villagers even volunteered to make the Kashayam themselves and distribute it among the people in their area.

Compassion doesn’t choose... only embraces... Isha volunteers reach out to the victims devastated by the Gaja Cyclone. #GajaCycloneRelief pic.twitter.com/27qIksXEag

Many doctors and Isha volunteers have come forward and offered their services since the beginning of the relief operations. The team is covering villages in Tanjore, Pudhukottai, Nagapattinam and Thiruvarur districts.

There is a lot to be done in terms of reinstating houses and infrastructure, but people's strength and resolve seem to be returning, which is a positive sign for more recovery to come. 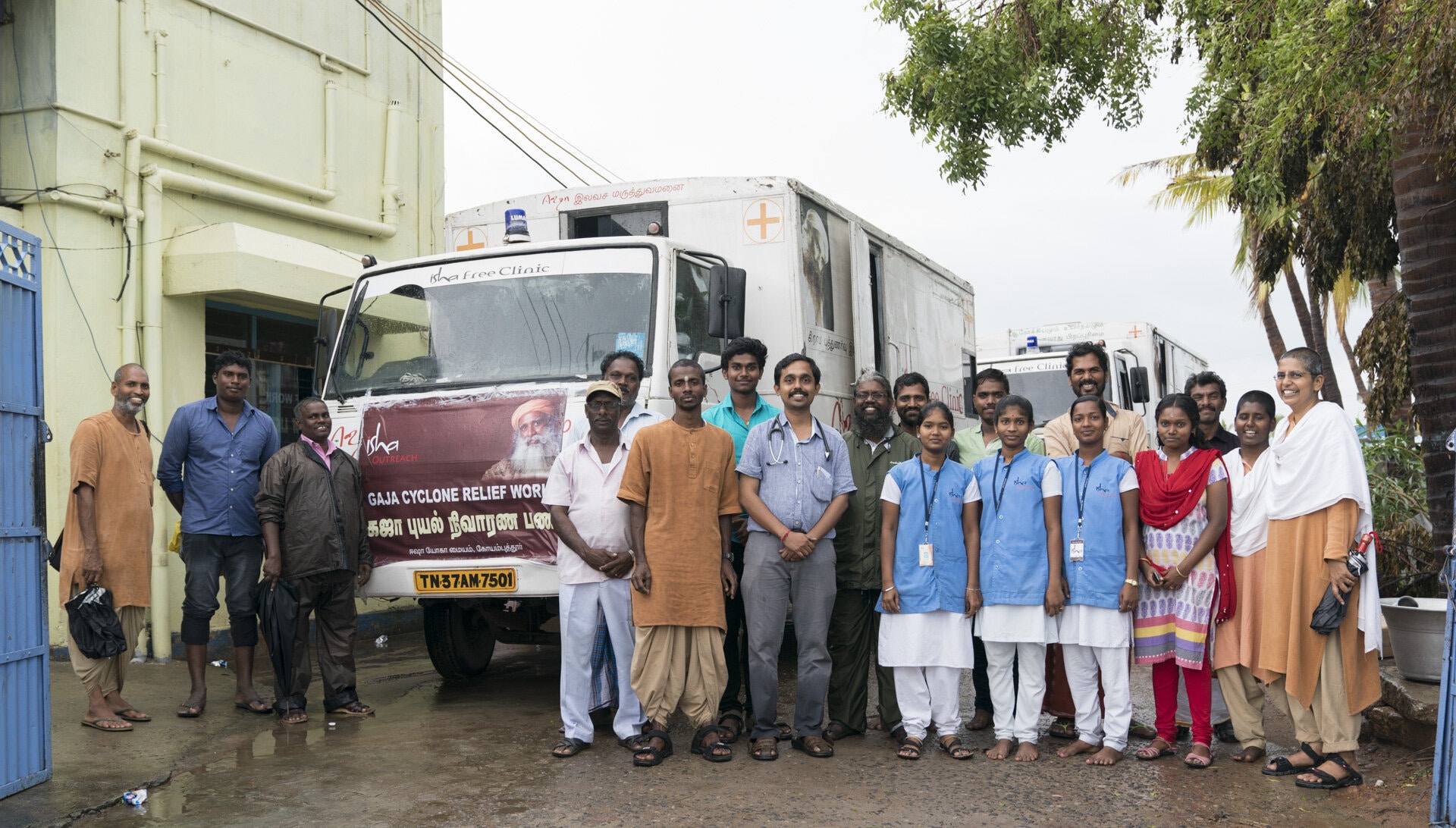 Whether it is the fear of a second wave of the virus or the disruption of livelihoods, there... 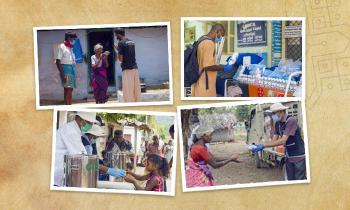 READ MORE
Keep in touch
Get the latest updates on blog and happenings at Action Rural Rejuvenation and on the rest of Isha's social work — delivered to your inbox.